A case for truth

Media oppression is a shifting landscape 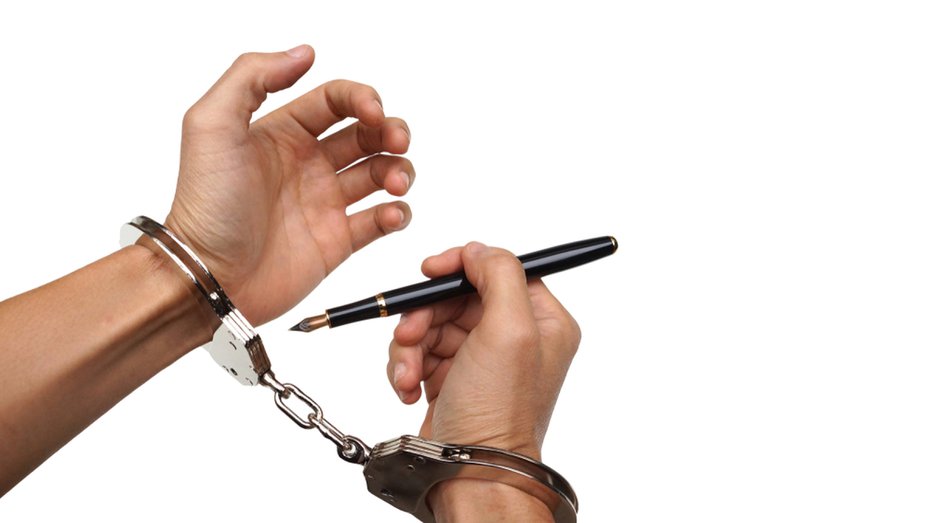 Arms of the government see journalism (of all kinds) not as a useful source of feedback at a time when the population is in distress but as a nuisance to be squashed. Fake news is no longer seen only as an electronic menace but as reporting with malign intent, whether in Kashmir or elsewhere.
Pexels
Published 29.06.20, 12:16 AM

For some years now, the growing challenge to journalism has come from the increasing use of predictable laws. These are the Sections relating to sedition and criminal defamation in the Indian Penal Code and, until it was struck down in 2015, Section 66A of the Information and Technology Act relating to computer communication.

But media oppression is a shifting landscape. Tracking its changing features is just the first challenge. While the onset of Covid-19 has led to the government putting hitherto under-used laws to work, such as the Disaster Management Act and the Epidemic Diseases Act, these have been used in tandem with Sections of the IPC to criminalize reporting of the government’s response to the pandemic as well of the outcomes of its handling, such as the migrant exodus. Panicky administrations across the country have, so far, used no less than 14 Sections of the IPC and Sections of the IT Act (including the one that was struck down), the DMA, the Unlawful Activities (Prevention) Act, the Motor Vehicles Act and the provisions of Scheduled Castes and Tribes (Prevention of Atrocities) Act to issue showcause notices, lodge first information reports against reporters and arrest, confine and torture them.

If newsgathering is being criminalized in some parts of the country, it is being policed in Jammu and Kashmir. As the former state approaches the completion of a year since the abrogation of its special status, it has been gifted a 50-page media policy, which makes the government the arbiter of fake news and mandates background checks of media owners and editors if they are to receive government advertising. Charming! Who knows what will follow elsewhere in the country.

Overall then, a convergence of factors is at work. Arms of the government see journalism (of all kinds) not as a useful source of feedback at a time when the population is in distress but as a nuisance to be squashed. Fake news is no longer seen only as an electronic menace but as reporting with malign intent, whether in Kashmir or elsewhere.

Electronically disseminated fake news, until now, was in the domain of technology. But when the charge is levelled at reporting on the ground in far-flung areas of the country, it enters the domain of physical fact-finding. Busting fake news with internet tools is one thing. Doing it for field reporting is quite another.

Social media platforms have democratized journalism to the extent that individuals mounting their local news investigations on Facebook and circulating them through WhatsApp and Twitter have popped up in districts all over the country. District magistrates are responding to these Covid-related news reports with police complaints, thereby criminalizing what is more often than not bona fide ground-level reporting.

Headlines are made when notices are sent to journalists at news sites such as The Wire or Scroll.in. But not when the founder of a portal is arrested in Coimbatore for reporting that doctors are facing shortages in food and personal protective equipment at the Coimbatore Medical College Hospital. A corporation official then files a case against the portal and its owner at a local police station.

In the Andaman and Nicobar Islands, a freelance journalist is arrested for a tweet asking why families were placed under home quarantine for merely speaking with coronavirus patients over the phone. The local director general of police calls it an “inciting, false and instigating tweet to disrupt public harmony, violating government order and to create panic among public.” Multiple reports from across the country on administrative failures in responding to the problems of migrant labour have led to multiple FIRs filed under multiple Acts across states. In Baddi in Himachal Pradesh, a reporter for Divya Himachal does a Facebook live on hungry migrant workers and is rewarded for his pains with an FIR under Section 54 (Punishment for false warning) of the DMA and four Sections of the IPC. He earned two other FIRs for two other stories and had his curfew pass confiscated so that he could not file any more stories.

India’s district news landscape has changed. Two decades ago when Hindi newspapers had just begun to launch district editions and seek subscribers in villages that were not too far from main roads, shops on the highway from Raipur to Jagdalpur in Bastar would have notices saying ‘come and give your news here’. It meant that the shopkeeper was a local stringer; it also meant that news was publicity that local people sought for their events; there was an urge to read about one’s village or kasba in the newspapers.

Today, Bastar’s news landscape is far less harmless, and this is reflected in its WhatsApp groups with daily posts from numerous feisty news entrepreneurs. When the Kisan Sabha in Chhattisgarh issued a statement earlier this month, saying the real purpose of the Bodhghat project that is damming the Indravati river is to supply water and power to industry, it was picked up and energetically disseminated via nationalert.in, aapkiaawaz.net, indianewsroom.in and many others. When a public hearing for a development project that will affect the environment and the tribal population is held today, the local people are alerted far and wide through numerous blogs in this region.

But when they turn to purveying Covid-related news, they can run up against an irate administration. In April, the state government issued a showcause notice to Bastar ki Awaaz for “spreading fear” and “spoiling the image of the administration” through a story on a woman from Geedam selling her fridge to buy food. She said she had not received any assistance from the administration. The organization, Rights & Risks Analysis Group, which has dug up some of these instances, found that the laws described earlier in this article were deployed in Bihar, West Bengal, Maharashtra, Uttar Pradesh, Madhya Pradesh, Kerala and numerous other states. UP led the list with such 11 cases. There were cases of torture in Punjab, Odisha, Maharashtra and Jammu and Kashmir. Not all of these have the Bharatiya Janata Party in government.

Is this to be seen as par for the course then if one wants to report in this country? Battling an enlarged canvas of legal harassment? This includes being booked under laws such as the UAPA for posting news photographs on Facebook in Kashmir. What support structures can be put in place? The country has a Press Council, a Human Rights Commission and numerous courts. But it needs a growing network of human rights defenders, a galvanizing force created by an alliance of journalist organizations, concerned lawyers and civil society stalwarts to map a strategy for this canvas. The Press Council is selective in what it takes note of; one must also ask whether its censure changes anything on the ground.

So far, the response to a sustained assault on journalism has been statements issued by media bodies themselves. But journalists need allies at a time like this; solidarity within their own ranks is not enough to put pressure on the oppressors. Just as civil society has come together to keep alive a human rights campaign for the release of Gautam Navlakha, Sudha Bhardwaj and others in the Bhima Koregaon case, journalists, particularly the embattled, invisible ones the districts, now need ballast in their fight to keep up the pressure.

Precedents will be set if the misuse of laws goes unchallenged. District magistrates across states labelling reporting as fake news will be further emboldened without a pushback.