The civic body here will gift the local residents the first water ATM (water vending kiosk) ahead of the Local Self-Governance Day on August 31. 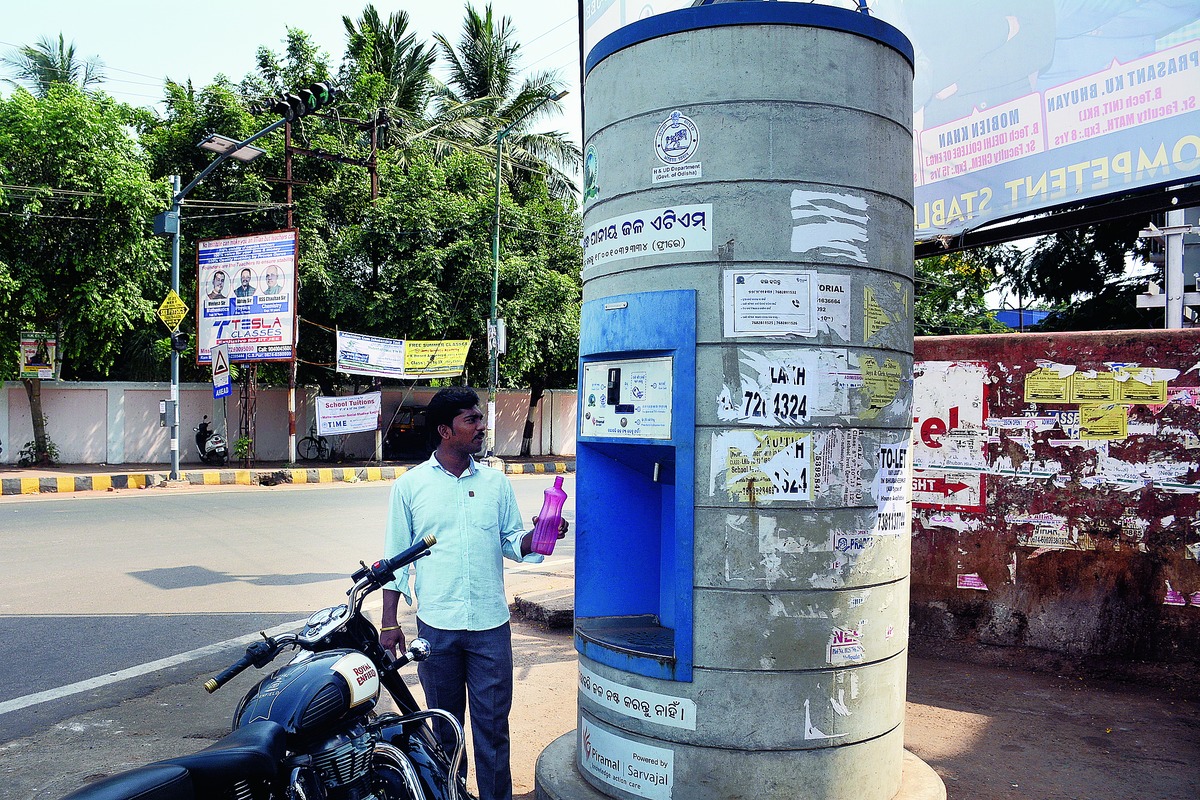 Berhampur: The civic body here will gift the local residents the first water ATM (water vending kiosk) ahead of the Local Self-Governance Day on August 31.

A source in Berhampur Municipal Corporation said three such water vending kiosks will be completed by the deadline. "A private firm from Rajasthan will be entrusted with the task of maintenance of these water ATMs," said commissioner Chakravorty Singh Rathore.

The commissioner made the announcement at a special council meeting convened to discuss the celebrations of the local self governance day. "In order to stop water misuse, people will be encouraged to avail of the service through smart cards. The water ATMs will be managed by an agency selected by the civic body. After successful implementation of the project, we will extend the service to several other areas," he said.

Areas like slums, bus stands and public places such as parks where drinking water is not readily available will be prioritised while selecting locations for water ATMs. While, all beneficiaries under Rajiv Awas Yojana will be provided smart cards to purchase water, the general public can insert coins to draw water from the machines. The municipal corporation is preparing a detailed project report for setting up the water ATMs in the city.

The four stages of purification involve two stages of micro filtration through carbon particles, one layer of membrane filtration (reverse osmosis) and ultra-violate purification. This will finally purify the water. Thick stainless steel containers will be use to transport the purified water. The water will be treated before filling the ATMs to ensure that citizens get best quality drinking water. Water treatment plants will also be established to cater the needs of water vending machines. People will have to carry their own containers to collect the water from these ATMs, said an engineer involved in this project.

"Water ATMs will definitely bring relief to the people. During shortage, people have to stand in long queues and wait for mobile tankers. But the water ATM service will bring a lot of relief. During summer people will not fall ill due to water borne diseases if they avail water from the kiosks," said deputy mayor Jyostna Nayak.