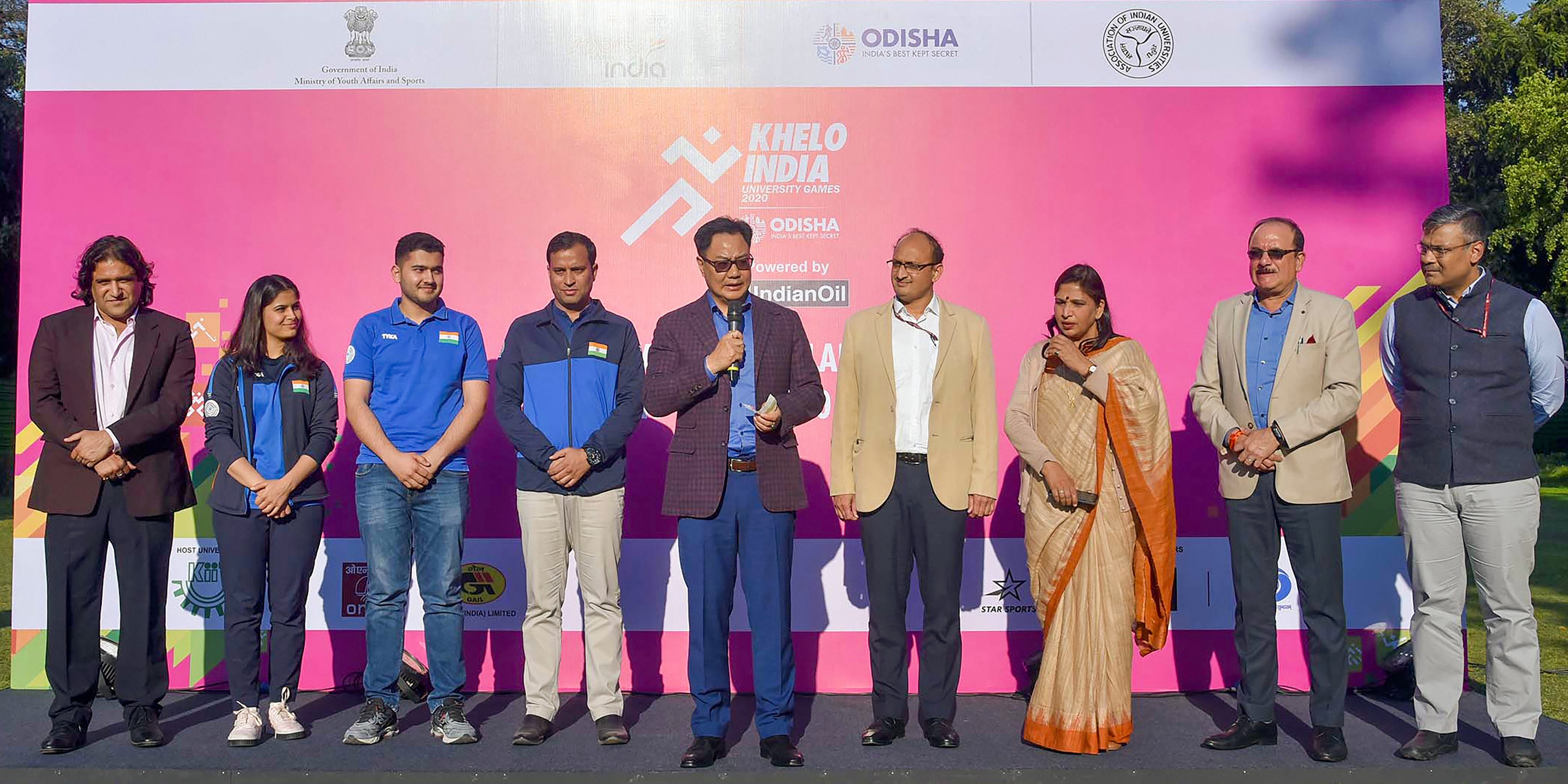 Prime Minister Narendra Modi will inaugurate the first-ever Khelo India University Games on Saturday. The games are being organised in Odisha.

Modi will address the opening ceremony of the games via video-conferencing., the Prime Minister's Office said on Friday.

The Khelo India University Games are being organised by the central government in association with the Odisha government.

The games will be held from February 22-March 1 at Bhubaneswar.

It will be the largest-ever university level sports competition in India with about 3,500 participants from over 150 universities across the country, the PMO statement said.

The Khelo India programme, a brainchild of Prime Minister Modi, was introduced to inculcate a sports culture at the grassroots level by building a strong framework for all sports played in the country and establish India as a great sporting nation, the statement said.