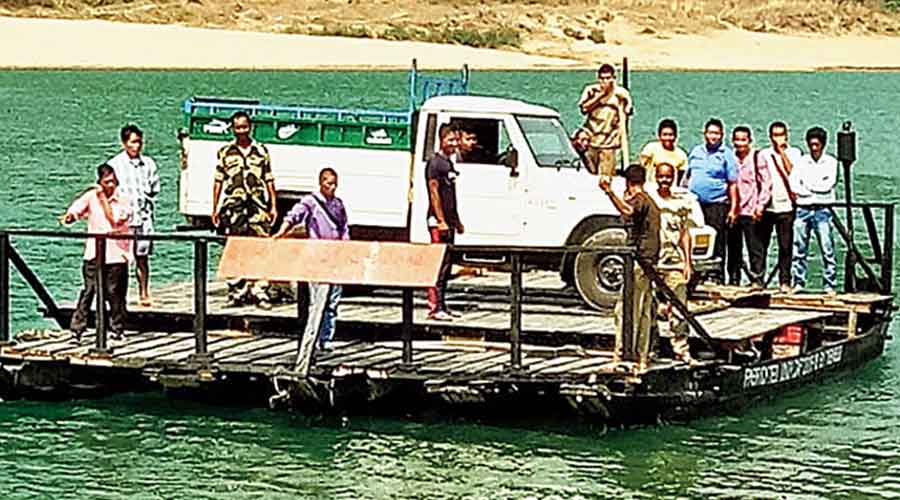 The Border Security Force on Wednesday launched a boat ambulance service for the people of the erstwhile “cut-off” area in Malkangiri district of Odisha. The area with a difficult topography was considered to be a bastion of the Maoists and now has been renamed as Swabhiman Anchal.

Anchal, benefiting specifically the people living along the banks of Balimela reservoir in Jantri, Panaspur, Andrapalli and Jodambo Gram Panchayat.”

Deputy inspector-general Sanjay Singh, who launched the service, said: “Our officers will arrange the ambulance to shift patients to the nearby hospital once they reach the mainland. During a visit to the area, we felt the need of introducing an ambulance service here.”

The boat will be equipped with medicines, oxygen cylinders and para-medical staff.

The people of the area face difficulties in taking patients to the district headquarter, located at Malkangiri. They are unable to access normal ambulance services due to lack of road connectivity.

Sometimes they take the help of country-made boats and in many cases the patient passes away because of delay in being transported to the hospital.

The area was cut off from the district’s mainland in the 1960s following the construction of Machkund reservoir. It turned into a den of Maoists. But in 2018, chief minister Naveen Patnaik inaugurated the Gurupriya bridge to connect this area with the mainland by road after a gap of around five decades.

Prior to this, the only mode of communication was boat ride. Since 2018, Odisha Police, CRPF and BSF are on the job to flush out the Maoists from the area and to connect it with the mainstream of development.