According to Himanta Biswa Sarma, though there was no shortage of beds, ICUs, ventilators or medicines, the situation had turned alarming with 4,826 cases and 55 deaths reported on Wednesday 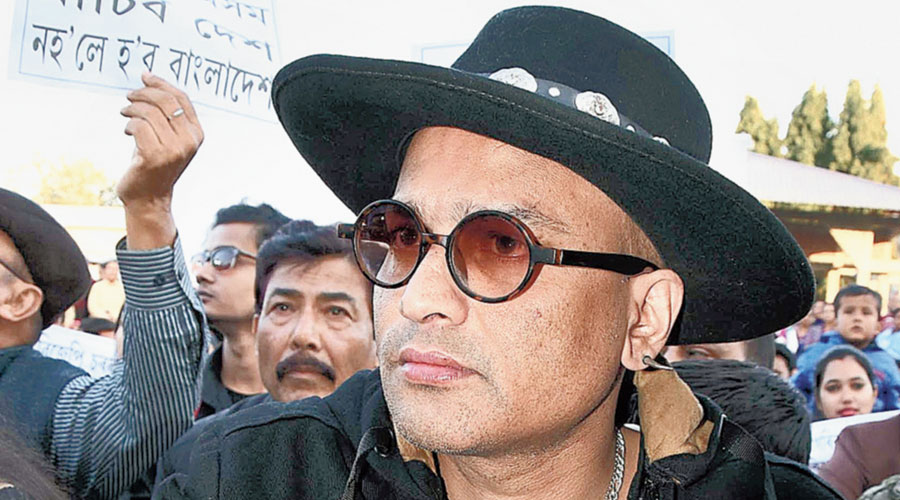 Popular singer Zubeen Garg on Thursday offered a two-storeyed building here complete with basic facilities to the state government for use as a Covid-19 care centre as positive cases and deaths soared in Assam.

Zubeen’s wife Garima Garg told The Telegraph they took the decision to offer the building, located near the forensic laboratory at Kahilipara here, on Wednesday night to help the administration tide over the unfolding crisis.

The building belongs to Zubeen and three of his partners.

“We can put up 30 beds in the building. Today we got in touch with the health department and the district administration. They will inspect the building and the area before taking a call. This is our and our friends’ humble contribution in the ongoing fight against the pandemic,” she said.

According to health minister Himanta Biswa Sarma, though there was no shortage of beds, ICUs, ventilators or medicines so far, the situation had turned alarming with 4,826 Covid-19 cases and 55 deaths reported on Wednesday.

The state had 29,915 active cases till Wednesday.

The number of cases in the state were less than 700 till April 4 but the greater Guwahati area on Wednesday alone reported 1,383 cases.

Three wards in Guwahati have been declared containment zones to check the spread of Covid-19.

A senior doctor said they were handling about 500 cases in the first phase but the numbers in the second wave are much more, hinting there will be a strain on the infrastructure if cases don’t come down soon.

Chief minister Sarbananda Sonowal tweeted: “In view of the rising cases and fatalities, had a discussion with Health Minister Shri @himantabiswa over phone regarding the ongoing #COVID19 situation. I have called for a VC with all DCs today at 2PM to review present situation.”

Sonowal’s videoconference with deputy commissioners lasted close to three hours and was attended by the chief secretary and the director-general of police.

Some of the directives issued by Sonowal:

⚫ Provide prior information to locals before declaring containment zones.

Though results of the three-phase Assembly elections in Assam were declared on Sunday with the BJP-led alliance winning a decisive majority, there has been no apparent movement on
the formation of the next government nor declaration of the name of the next chief minister till Thursday evening.

“Government formation should be completed as soon as possible given the alarming corona(virus) situation,” an official said.