Ties go back to 1971, when state provided shelter to over a million refugees before Bangladesh was liberated 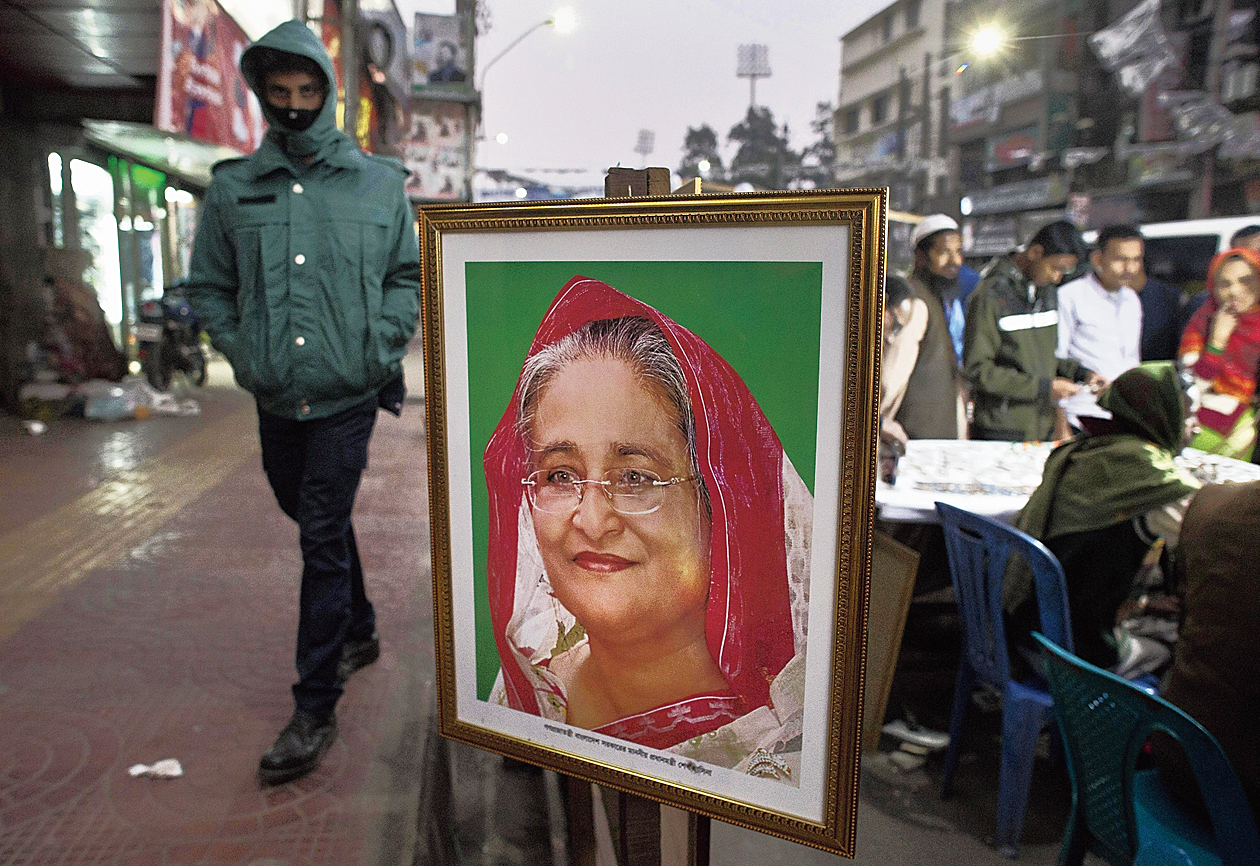 Tripura is euphoric over the Awami League’s landslide victory in Bangladesh’s general elections.

The friendship between Tripura and Bangladesh dates back to 1971, when the latter was struggling for liberation. Following the crackdown on civilians of the erstwhile East Pakistan by the West Pakistani military on March 25, 1971, there was an avalanche of refugees in Tripura from the neighbouring country, seeking safety and security.

According to official records, Tripura, a Union Territory then, had a population of 15.56 lakh. But it sheltered over 13 lakh refugees. On Jan 12, 2012, Bangladesh Prime Minister Sheikh Hasina during her maiden visit to Tripura acknowledged the state’s role in their country’s liberation.

Addressing a packed Assam Rifles ground here, she said, “A friend in need is a friend indeed. This is what the people of Tripura did. You stood by us during the toughest test of time.”

“Tripura allowed Bangladesh’s Mukti Bahini to set up training bases. Generous people here provided food and shelter to lakhs of our people displaced by violence during the liberation war,” she added.

Tripura’s deputy chief minister Jishnu Dev Varma, who also holds the finance portfolio, said: “Hasina’s re-assumption of power definitely bodes well in terms of friendly relations not only for Tripura, but for India as a whole.”

Economist Arunoday Saha, the first vice-chancellor of Tripura Central University, said: “With the Awami League’s re-assumption of power, the camaraderie between the two countries shall be further strengthened. The Bangladesh government for the past 10 years has allowed Tripura’s transit to its Ashuganj and Chittagong ports. Tripura is emerging as the gateway to Southeast Asia through the Feni Bridge in Sabroom. Tripura has been supplying electricity to Bangladesh in reciprocity. Overall, it is a win-win situation for India.”

President of the Tripura Chamber of Commerce and Industry Moti Lal Debnath said, “The Awami League’s victory will definitely be beneficial for commercial aspects of Tripura and would enhance our connectivity with the neighbouring country.”

In recent years, Bangladesh has reciprocated Tripura’s friendship in many ways. Insurgent outfits from Tripura and other northeastern states set up hideouts in Bangladesh. Upon requests of former Prime Minister Manmohan Singh, Hasina imposed a crackdown on the hideouts.

This has helped restore peace in Tripura to a great extent. Tripura’s access to Ashuganj port has helped the transhipment of two heavy turbines for Palatana, the biggest power project in the Northeast. It has also recently opened Chittagong port to Tripura.

Besides, the Agartala-Akhaura railway project, Feni Bridge project, Belonia to Feni railway project, Gomati to Meghna project have a lot of potential to strengthen connectivity between India and Bangladesh via Tripura.