Scheme-a-week plan for Assam before polls

The first programme, launched on Wednesday, will see 17 lakh BPL families receive Rs 830 each a month through direct benefit transfer 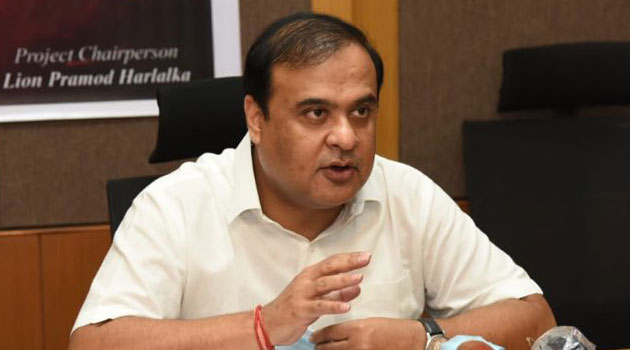 Cabinet minister Himanta Biswa Sarma said he would not only announce a new scheme every week but also spell out how it will be implemented till September 15, which means an announcement of at least five more welfare schemes.
Picture courtesy: Twitter/@himantabiswa
Umanand Jaiswal   |   Guwahati   |   Published 14.08.20, 01:57 AM

With Assembly elections due in Assam next year, the BJP-led coalition government will announce a pro-people scheme every week till September 15.

In response to the declaration, the Opposition Congress on Thursday sought a “fact sheet” of about 500 schemes launched by Dispur since 2016.

The first scheme, launched on Wednesday, will see 17 lakh BPL families receive Rs 830 each a month through direct benefit transfer till such time that their economic condition improves. It will cost the exchequer Rs 210 crore a month.

“The government of Assam has decided to provide Rs 830 per month to each of 17 lakh families under the ambitious Orunodoi scheme. The selection of beneficiaries will start from August 17, 2020. They will receive the amount on the first day of every month, starting from October, 2020,” cabinet minister and government spokesperson Himanta Biswa Sarma tweeted.

Sarma said he would not only announce a new scheme every week but also spell out how it will be implemented till September 15, which means an announcement of at least five more welfare schemes. Most of the schemes were announced in the 2020- 21 budget but the details were worked out recently, sources said.

Political watchers said the government has gone into poll mode, since the announcement came a day after the All Assam Students’ Union (AASU) not only released the report of a MHA-constituted committee on Clause 6 of the 1985 Assam Accord but also blamed the government for sitting on the report for over five months. The move triggered reactions from the Congress, AIUDF and CPM, which have backed the AASU for releasing the report.

After announcing the Orunodoi scheme, Sarma took a dig at the AASU for politicking over the report, saying it would be better for the next elected government to decide on the report as they were at the fag end of their tenure, and that only the Assembly could fix the definition of who is an Assamese. The next Assembly polls are likely in April-May next year. The BJP-led coalition came to power in 2016 by unseating the Congress.

Dwelling on the Orunodoi scheme, Sarma said, “It will benefit between 15,000 to 17,000 families in each constituency. The assistance will also help many tide over the adverse impact of Covid pandemic.”

“It shall benefit all poor households whether they are covered under National Food Security Act (NFSA) or not. Also, the composite household income of the applicant should be less than Rs 2 lakh per annum,” Sarma said.

Senior Congress leader and Lok Sabha MP Pradyut Bordoloi on Thursday dared Sarma to present a fact sheet or an action taken report by September 15 on the “at least 500 schemes” he must have launched as state finance minister since 2016.

“Dressed in all kinds of spiritual attires, he must have launched bagful of schemes in the Assembly since 2016. People need to know the status of those schemes,” Bordoloi said.

The MP also said that the BJP-led government is launching welfare schemes with an eye on the polls and because it has no money to launch development schemes. “They used to criticise us for our welfare schemes. They had stressed on vikas but are now doling out cash to woo people before the polls. People know what they are doing,” Bordoloi said.