Raijor Dal calls for unity against BJP in Assam 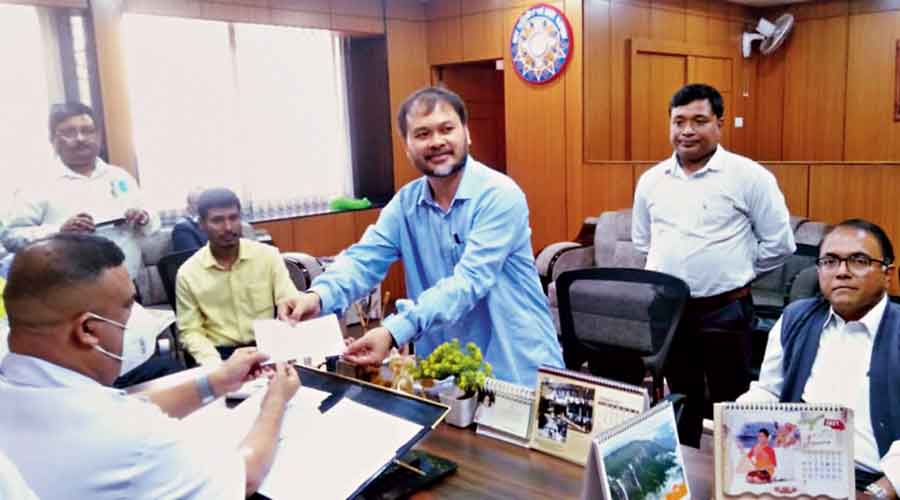 Raijor Dal, which could manage to win only one (Akhil Gogoi from Sivasagar LAC) of the 38 seats it contested, said Banerjee led “from the front” and “ensured” that the BJP was defeated. The BJP’s defeat was crucial for “safeguarding and protecting” India’s democracy, India’s federal structure and India’s regional pride, the Raijor Dal said.
File picture
Umanand Jaiswal   |   Guwahati   |   Published 07.05.21, 12:45 AM

Raijor Dal, whose president Akhil Gogoi won the recent polls despite being in jail since 2019 December for his alleged role in the anti-CAA unrest, on Tuesday urged India’s Opposition parties to unite to defeat the “communal” BJP in the 2024 Lok Sabha elections.

The party, formally launched in January to fight the recently-concluded Assembly polls, issued the appeal while congratulating Bengal chief minister Mamata Banerjee and the Trinamul Congress for “decisively defeating” the BJP in the Assembly polls.

Raijor Dal, which could manage to win only one (Akhil Gogoi from Sivasagar LAC) of the 38 seats it contested, said Banerjee led “from the front” and “ensured” that the BJP was defeated.

“Mamata Banerjee’s great and historic win is a lesson to the fascist Modi-BJP regime. Raijor Dal hopes India’s Opposition parties will now unite to provide India with a democratic and inclusive alternative to the BJP (where there will be equality for all, economic stability), to defeat the communal BJP in the next Lok Sabha elections,” the statement said.

The statement also referred to Akhil Gogoi, 45, who “contested the election from prison to “decisively defeat” the BJP candidate from Sivasagar in Upper Assam. Gogoi defeated Surabhi Rajkonwari by 11,875 votes.

Raijor Dal vice-president Rasel Hussain told The Telegraph that Mamata Banerjee has proved that the seemingly invincible BJP could be defeated. “That is why we want the Opposition to unite by shedding their differences to save India. The victories of both the Trinamul in Bengal and Akhil Gogoi in Sivasagar have come despite heavy odds. Gogoi’s win is a milestone, a vote for inclusive regionalism and fearless leadership. We did not have much time and our leader was in jail but we did well,” Hussain said.

Gogoi faces as many as 52 cases. He has got bail in all but one case. Though it was Gogoi’s debut electoral battle, he had been an important “anti-government” voice as the leader of the peasant organisation — Krishak Mukti Sangram Samiti — he founded in 2005 and as an RTI activist.

Raijor Dal, like its ally Assam Jatiya Parishad (AJP), was formed ahead of the polls to “secure” Assam’s interests from the threat posed by the contentious “anti-Assam” CAA. While Raijor Dal (29) won a lone seat, AJP (85) failed to open its account.

Manash Konwar, working president of the Satra Mukti Sangram Samiti, said, “Gogoi’s victory is a message to those who believe in regionalism. People still want a strong regional force/party in Assam but not the regionalism of the eighties. ”

Gogoi on Monday said that he would continue to be the voice of the people of Assam in the Assembly and will always fight for its interests. He also urged the government to provide free vaccines to all.