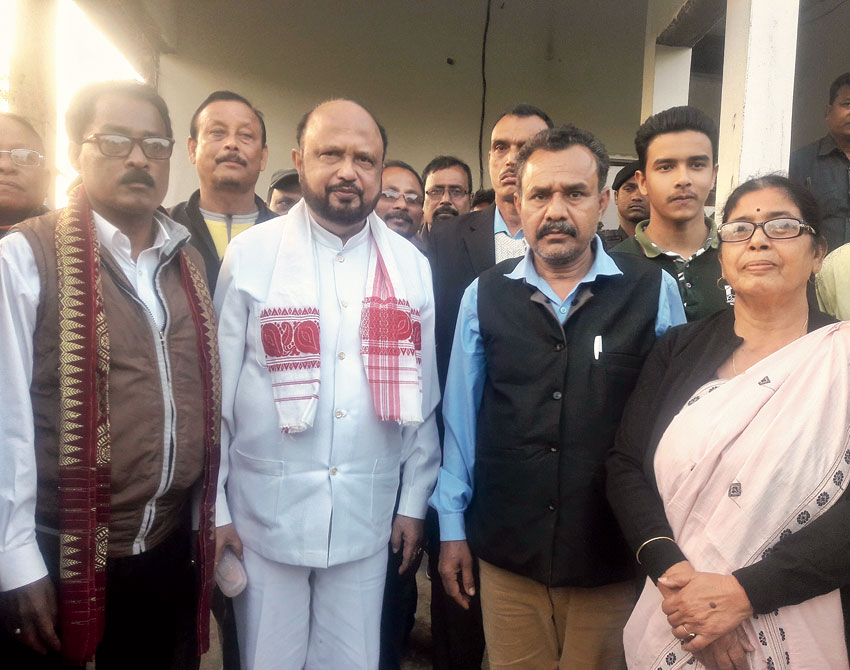 Nayak had died at Gauhati Medical College and Hospital on Sunday.

Mahanta, while consoling Nayak’s family members who work in the garden and reside in the estate quarters, said no amount is enough to compensate the loss of a human life yet the government should grant an ex gratia to the victims of anti-CAA protest in Assam.

“We exhort the government to resolve the situation and withdrawn the Act instead of adopting repressive measures on the people of Assam,” he said.

Talking to The Telegraph, Mahanta expressed his dismay over the decision of AGP MPs to vote in favour of the Citizenship (Amendment) Bill (now Act) in Parliament. “It is unfortunate that they voted in favour of the bill. But the AGP as a whole should not be held responsible by the people of Assam for their act,” he added.

Referring to comments in the media by Bangladesh foreign minister A.K. Abdul Momen who called Union home minister Amit Shah’s statements on the condition of religious minorities in Bangladesh as “unwarranted as well as untrue”, he said it is a fact that there has been no religious persecution on minority communities of Bangladesh in recent times.

Taking a dig at state BJP leaders, Mahanta said, “Though Assam should have been the front runner in opposing the Act, some other states of the Northeast, including Meghalaya, are playing the leading role.”

Referring to implementation of Clause 6 of the Assam Accord, he said if immigrants are granted citizenship under the Act, how can Clause 6 protect the rights of indigenous people of Assam. “I have been vehemently opposing the CAA from its inception in 2015 and I stand firm on my decision,” he added.