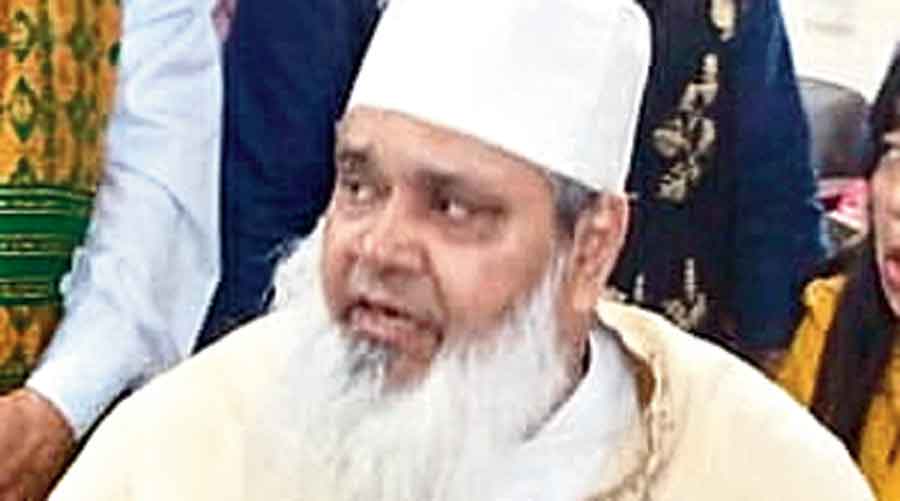 The two Twitter accounts that were suspended by the social networking platform on Thursday following the uproar over the doctored video of AIUDF chief Badruddin Ajmal “asserting” that the Congress-AIUDF alliance would turn India into an Islamic nation were back in action on Friday.

Twitter India had promptly suspended the accounts of Legal Rights Observatory, a legal rights organisation allegedly linked to the RSS, and Voice of Axom soon after Assam Police reported the matter about the manipulated video that went viral after it was posted by these two handles on Tuesday.

On Friday, both the accounts were back into operation with the LRO posting a news report on the AIUDF and sending a message to those “running” the Voice of Axom handle to contact it with a mobile number.

On Friday, the official said they were investigating the case and would not be able to throw light on why the suspension was withdrawn.

Alt News, a non-profit fact-checking website, had found that the video clip doing the rounds of the social media on Tuesday was “doctored”.

The website, which has been in operation since 2017 to detect and curb fake news, on Wednesday afternoon carried a report that also said the clipped video was “made” viral by “regional news and Right-wing influencers”.

The accounts were suspended around the time AIUDF vice-president Awal Mazid approached both Assam chief electoral officer Nitin Khade and Assam Police, seeking action against those behind the doctored video and its circulation on social media.

Mazid, who had thanked both the police and Twitter for their prompt action on Thursday, told The Telegraph that they would discuss their future course of action, including meeting Khade once again. “We feel the such accounts should remain suspended till the elections are over,” Mazid said on Friday.

The AIUDF chief had on Wednesday called a hurried media conference to dismiss the video clip as “100 per cent fake and adulterated” and circulated to “create” communal divisions. Ajmal and the AIUDF also released the original clip of the speech delivered in Barpeta before the 2019 Lok Sabha elections.

In the original speech, Ajmal had said that the Mughals did not dare to turn India into an Islamic state and asks Prime Minister Narendra Modi not to dream about a Hindu rashtra.

The AIUDF is part of the 10-party alliance led by the Congress that is taking on the BJP-led alliance in the three-phase Assam assembly polls starting March 27.

Besides lodging a complaint with the state chief electoral officer on Thursday, the AIUDF, through Mazid, filed an FIR with the Crime Branch at Panbazar here with the request to register a case, investigate the matter and take appropriate action against the perpetrator of the offence.

Mazid has enclosed the video clip of Ajmal’s original speech made in 2019 and the clip of the doctored video circulated through Twitter handle @Legal Rights Observatory (LRO). He said the statements being attributed to Ajmal in the doctored clip had severely damaged the reputation and goodwill of both Ajmal and the AIUDF.

Sitting Rajya Sabha MP Ajit Kumar Bhuyan tweeted, “Only suspension of Twitter handle is not enough. Action should be taken against everyone behind this evil propaganda which could disturb the communal harmony in the state leading to uncontrollable situation. @assampolice@AssamCid@ECISVEEP@DGPAssamPolice”