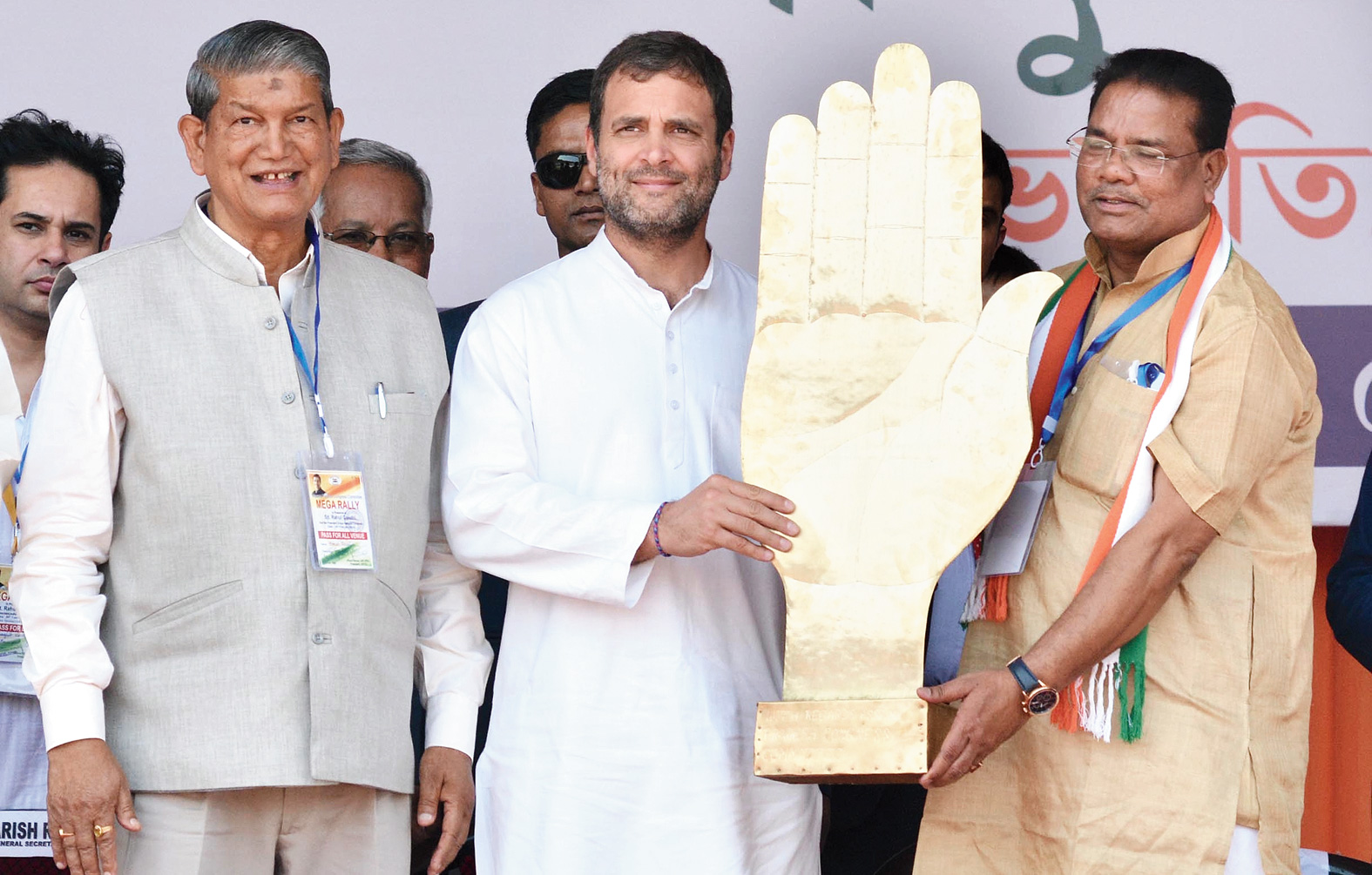 Congress president Rahul Gandhi on Tuesday accused the RSS-BJP of imposing the Nagpur culture of “anger and hatred” on the northeastern states.

The RSS headquarters is based in Nagpur.

Addressing his first pre-poll rally in the Northeast here on Tuesday, Rahul said, “While the BJP and RSS believe in anger and violence, the Congress believes in love and brotherhood. The Congress’s message should resonate all the way to Nagpur, to Mohan Bhagawat (RSS chief), Prime Minister Narendra Modi, the chowkidaar, that we will not allow them to harm the lifestyle, culture, language and history of this region. We will not allow them to impose the Nagpur culture because of which the Northeast is burning, whether it is Arunachal Pradesh or Assam. ”

He cited the disturbances in other states to expose the RSS-BJP ideology of hatred — Jats fighting non-Jats in Haryana, people from Uttar Pradesh and Bihar being harassed in Maharashtra and northeasterners in Delhi and women attacked in Bangalore.

Rahul asked for the traditional japi from those on the dais and made everyone stand below it. “The RSS spreads hatred but we want all Indians to stand united. We want to make Assam, India happy and peaceful,” he added.

Rahul condoled the deaths of tea plantation workers in the hooch tragedy and that of CRPF jawan from Assam, Maneshwar Basumatary, who died in the Pulwama attack.

“When the BJP introduced the citizenship bill due to which the Northeast is burning, the Congress stood firm against it. Please remember that we stood by the Northeast when most needed,” he said.

Rahul made four significant commitments to the people, including payment of minimum wages to tea garden workers. “The Congress will win this Lok Sabha election and when it does, we will make it a national commitment to address Assam’s flood problem, restore special category status to the northeastern states, revive the North East Industrial Policy and revive the two paper mills in the state. We will also convert Assam into a hub for technical studies so that youths do not go out of the state for higher education.” He flagged the Congress’s “significant” decision of guaranteed minimum income for the poor. He said he was not lying like Modi as far as commitments were concerned, referring to Rs 15 lakh in every bank account.

Reacting to Rahul’s commitments, BJP-led North East Democratic Alliance convener Himanta Biswa Sarma said he had “just made promises which anybody can make”.

With additional reporting by Umanand Jaiswal