Advertisement
Home / North-east / No order to make Hindi a must till Class X: Nagaland government

No order to make Hindi a must till Class X: Nagaland government

Like the NDPP, NPP in Meghalaya and MNF in Mizoram are allies of the BJP 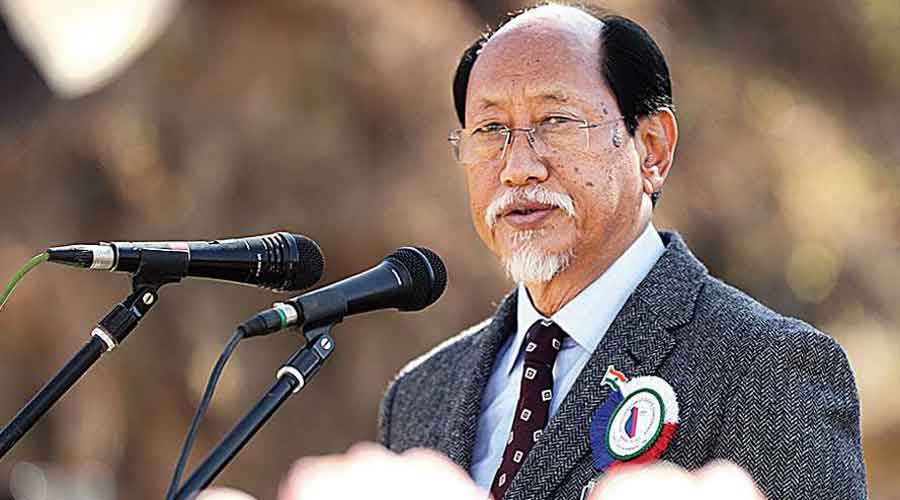 The Nagaland government on Monday said there had been no directive from the Centre to make Hindi compulsory till Class X.

A Nagaland government statement quoting principal director (school education) Shanavas C said the Union ministry of education “has not issued any instructions for making Hindi compulsory in the Secondary stage”.

Class VIII to X makes up the secondary stage education in India.

Shanavas was responding to media reports regarding the imposition of Hindi, citing a statement of Union home minister Amit Shah that all the eight states in the Northeast have agreed to make Hindi compulsory up to Class X, a claim which has sparked off widespread opposition against any such proposed move in the region, including Nagaland.

In his speech at the 37th meeting of the Parliamentary Official Language Committee in New Delhi on Friday, Shah, besides claiming the support of the northeastern states to making Hindi compulsory till Class X, had asserted: “Hindi should be accepted as an alternative to English and not to local languages. Unless we make Hindi flexible by accepting words from other local languages, it will not be propagated.”

The senior education department official also contended that the National Education Policy 2020 advocated adopting a three-language policy up to secondary level, but it did “not impose” any language on states.

The Nagaland government is headed by the Nationalist Democratic Progressive Party (NDPP), an ally of the BJP. The BJP heads the state government in Assam, Tripura, Manipur and Arunachal Pradesh and is part of the government in Meghalaya and Nagaland.

Like the NDPP, NPP in Meghalaya and MNF in Mizoram are allies of the BJP.

Assam chief minister Himanta Biswa Sarma has also said there has been no central government instruction to make Hindi compulsory.

In classes IX & X, the students have the liberty to study either Hindi or any Modern Indian Language (Ao/Bengali/Lotha/Sumi/Tenyidie) or Alternative English as the Second Language.

“As per NEP 2020, the three languages learned by children will be the choices of states, regions, and of course the students themselves. The timeline for the implementation of NEP 2020 is within 2030 and the Ministry of Education has not issued any instructions for making Hindi compulsory in the Secondary stage,” the government statement said.

In support of his assertion, Shanavas has reproduced the portion of the NEP dealing with the three-language policy.

The NEP says that the three-language formula will “continue” to be implemented while keeping in mind the constitutional provisions, aspirations of the people, regions, and the Union, and the need to promote multilingualism as well as promote national unity.

However, there will be “greater flexibility” in the three-language formula, and no language will be “imposed” on any state.

In particular, students who wish to change one or more of the three languages they are studying may do so in Grade 6 or 7, as long as they can demonstrate basic proficiency in three languages (including one language of India at the literature level) by the end of secondary school,” the NEP states.