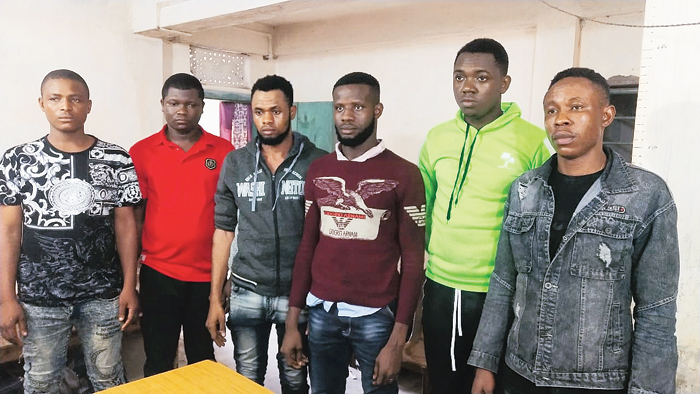 Meghalaya police have arrested six Nigerian nationals in East Jaiñtia Hills on Saturday, taking the total of foreign nationals arrested to nine in a span of two days.

East Jaiñtia Hills superintendent of police Vivekanand Singh said on Saturday that six Nigerian nationals, travelling by night super bus from Silchar to Guwahati, were detected and detained for interrogation.

“They admitted that they had travelled from Africa to Bangladesh on visas issued by competent authorities, but had illegally entered India near Agartala on Friday,” Singh said.

From Agartala, they travelled by car to Silchar, and were assisted by residents of both Bangladesh as well as India, he added.

A case was registered at Lumshnong police station under the Foreigner’s Act.

On Friday, three foreign nationals were detained and arrested in the same district and also booked under the Foreigner’s Act.

The modus operandi adopted by the three — one from Ivory Coast and two from Nigeria — to enter India was the same as the one adopted by the six Nigerians.

The three foreign nationals have been identified as Nnyigide Jamina Okenchukwu, 48 and Okeke Ifechukwu John, 27, from Nigeria, and Koman Daniel, 21 alo from Nigeria but holding an Ivory Coast passport.

To a query, Singh said as per preliminary investigations, the nine nationals were planning to travel to Guwahati before heading for New Delhi.

He also said that it was yet to be established whether these nine nationals were members of the Internet's oldest hustle — the Nigerian Prince scam, intending to dupe people, especially women, by phising methods over email and other social media platforms.