Mizoram has only one air link, a direct flight to Calcutta operated by Air India 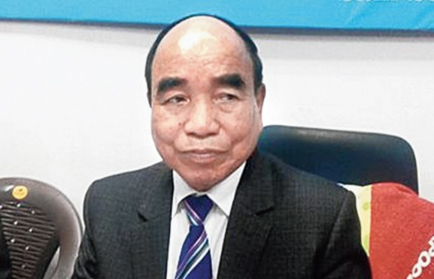 Mizoram chief minister Zoramthanga has written to Union civil aviation minister Hardeep Singh Puri over the hike in flight fares to and from the state, an official said on Sunday.

Mizoram has only one air link, a direct flight to Calcutta operated by Air India, after Jet Airways withdrew its service from the state on February 10.

Principal consultant for civil aviation, Wing Commander Joe Lalhmingliana, told The Telegraph that the chief minister had complaint about the exorbitant increase in airfares on the Aizawl-Calcutta and Aizawl-Imphal routes.

Puri is likely to receive the letter on Monday.

Lalhmingliana said they have appealed to the resident commissioner of Mizoram House in New Delhi to submit the letter to the minister on Monday.

He said the chief minister, apart from complaining about the exorbitant hike, also sought reduction in the airfares, citing it was a breach of the principle of equality enshrined in Article 14 of the Constitution.

According to Lalhmingliana, Air India fares on Aizawl-Calcutta and Aizawl-Imphal routes were exceedingly high compared to other sectors.

The airfares between Calcutta and Delhi, a distance which was nearly three times more than the Aizawl-Calcutta sector, was Rs 7,400 on Saturday.

The most exorbitant fares, according to Lalhmingliana, was on the Aizawl-Imphal route, which was only 90 miles and a 20-minute flight. While Air India charged Rs 7,950 for this route, only Rs 3,800-Rs 3,900 was charged on the Calcutta-Imphal sector, a distance of 325 air miles, he said.

Earlier, the airline had fixed fare for Imphal to Aizawl at Rs 2,995 and Aizawl to Calcutta (via Imphal) at Rs 3,495.