Nearly 2,000 people have died in the state as a result of AIDS 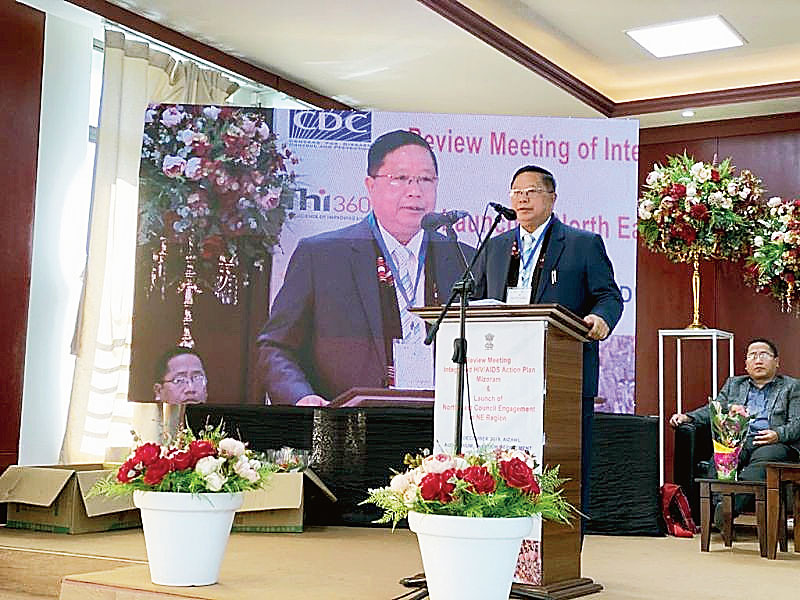 The Mizoram government will make separate budgetary provision to fight the growing HIV/AIDS prevalence in the state, an official of the state health department said on Friday.

The official said health minister R. Lalthangliana told experts during a review meeting of integrated HIV/AIDS action plan here on Thursday that the government, apart from deciding to allocate a separate budget, is planning to fight AIDS on a war footing.

Lalthangliana also asked experts to help the state government in fighting the growing spread of HIV/AIDS keeping in mind the mentality, culture and ethos of the local populace.

The minister also expressed hope that the review meeting, which involved the country’s top experts in the field, will chalk out a better action plan that effectively curbs the spread of HIV in Mizoram.

Christian-dominated Mizoram, which shares porous borders with Myanmar and Bangladesh, has the dubious distinction of being the highest HIV-prevalent state in the country with at least 2.04 per cent of the total population of about 11 lakh being infected with HIV.

Manipur, with 1.43 per cent of its total population being infected with HIV, stands at second followed by Nagland, while the national average is 0.2 per cent.

According to officials of the Mizoram State AIDS Control Society (MSACS), nearly 2,000 people have died as a result of AIDS in the state since the first case was detected in October 1990 and altogether 19,631 HIV cases have been detected in the state till date.

They said more than 67.21 per cent of HIV-positive cases were sexually transmitted, while about 28.12 per cent cases were transmitted through sharing needles by intravenous drug users.

Officials said the HIV prevalence rate is “extremely alarming” and in 2018-2019 alone 2,557 new cases were reported with nine persons testing positive every day.

Analysis of the HIV-positive cases confirmed at the testing centres show that people in the age group of 25-34 years are the most vulnerable in Mizoram, followed by those in the age brackets of 35-49 years and 15-24 years.