According to official estimates, about 300 of the world’s 17,000 species of orchids are found in Meghalaya 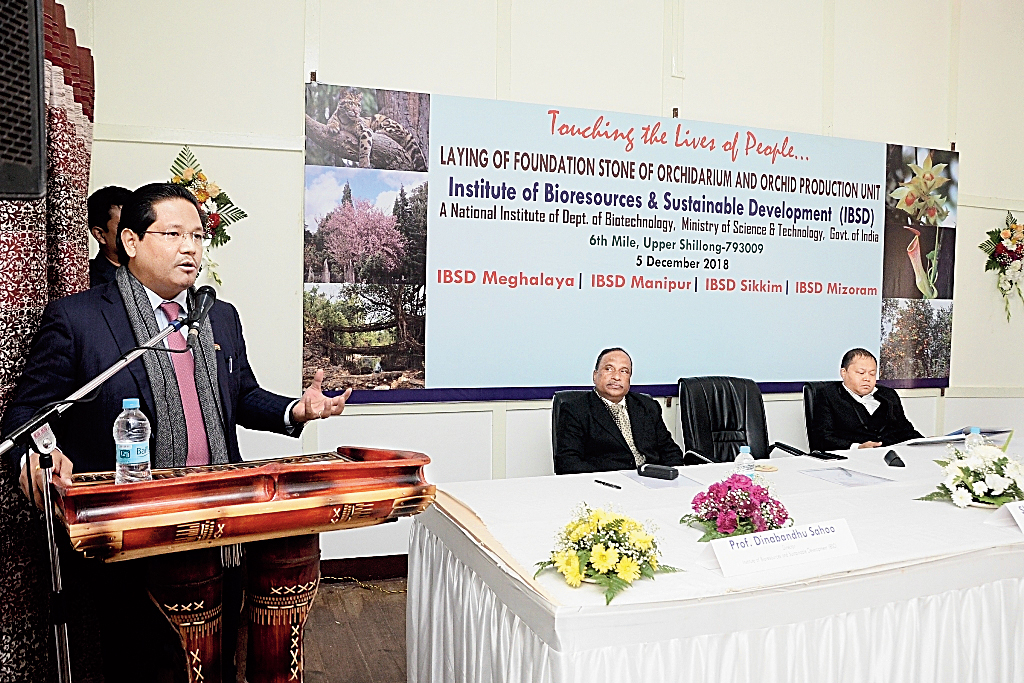 Meghalaya, home to around 300 orchid species, will have a state-of-the-art Orchidarium and an orchid production unit here, which, according to chief minister Conrad K. Sangma, will be a game changer for the tourism sector.

Conrad on Wednesday laid the foundation stone of the Orchidarium and the orchid production unit on the premises of the Institute of Bioresources and Sustainable Development (IBSD), an institute under the Centre’s department of biotechnology, at Sixth Mile in Upper Shillong.

The Orchidarium and the production unit will be developed by the IBSD, and are expected to be ready in a few months.

Addressing the gathering, Conrad said the Orchidarium and the orchid production unit will have a “huge impact on the lives of local entrepreneurs”.

Stating that tourists all over the world have a connection with orchids, the chief minister said it will be a game changer for the tourism sector.

Although Meghalaya has a variety of orchids, people tend to import from other countries, he added.

According to official estimates, about 300 of the world’s 17,000 species of orchids are found in forestland, gardens and nurseries of Meghalaya.

Among the rare species are the insect-eating pitcher plant, wild citrus and pygmy lily. The highest number of orchid species is found in Mawsmai and Mawmluh in the Sohra region of East Khasi Hills.

Conrad said the Netherlands is the largest producer of orchids followed by Thailand, while Japan is the biggest importer. “The IBSD’s initiative is in line with the government’s Make in Meghalaya mission,” he added.

Dinabandhu Sahoo, director of IBSD, said the Northeast has more than 850 species of orchids but there are not many state-of-the-art orchidariums and orchid production units.

IBSD will set up orchid production units across the region and train a large number of unemployed youths, women and farmers to develop orchid-based bio-entrepreneurship not only in Meghalaya but also in the entire Northeast.