It said so in the apex court during a hearing on a petition filed by Lber Laloo, who wanted a ban on coal mining 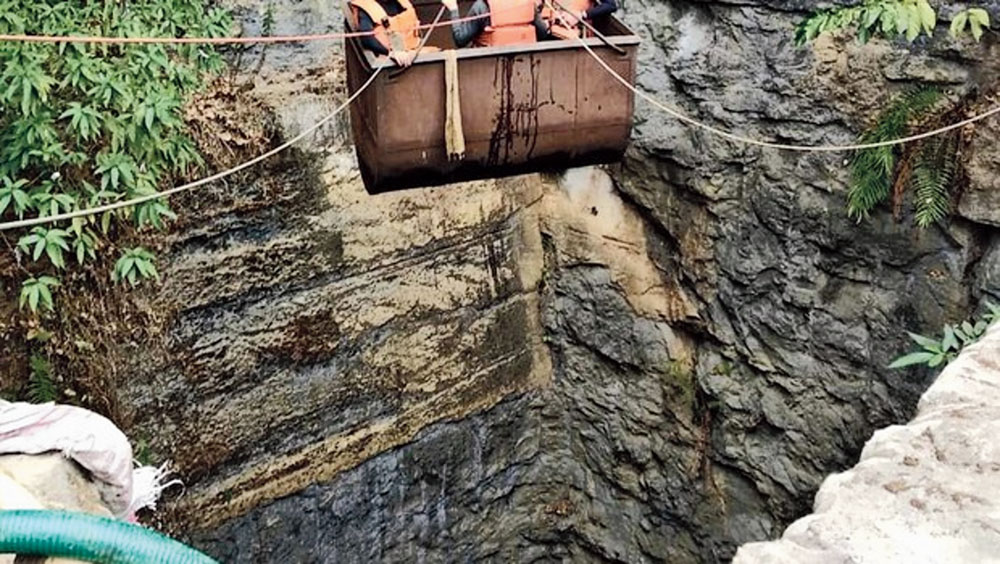 The Meghalaya government has maintained in the Supreme Court that it is in favour of regulating coal mining activities in the state.

The state government said this in the apex court during a hearing on a petition filed by one Lber Laloo who wanted the ban on coal mining, imposed by the National Green Tribunal (NGT) since April 2014, to be lifted.

State advocate general Amit Kumar told The Telegraph that the apex court has been hearing issues related to coal mining in Meghalaya on almost a daily basis.

The issues include appeals filed by the state against the NGT order imposing complete ban on coal mining, appointment of Justice (retd) B.P. Katakey Committee by the tribunal, and the NGT order asking the government to deposit Rs 100 crore with the Central Pollution Control Board.

Kumar said the arguments on behalf of the state started on April 23 and continued on April 24. Thereafter, the state was again heard on Wednesday and Thursday.

“The broad arguments on behalf of the state are that the state is in favour of regulating coal mining activities in the state. It has framed the policy for doing so,” the advocate-general said.

After showing the historical legal background of the land tenure system in Meghalaya, the state argued in the apex court that the Mines and Minerals Development and Regulations Act apply to lease holders only. If a land owner is doing the mining himself, there is no question of granting lease to himself.

“The Supreme Court, during the course of arguments, asked about the applicability of other laws. The state maintained that mining act and all other acts would apply to coal mining and the state has already informed its decision to implement all other laws to the central government,” the advocate-general added.

On Thursday, after conclusion of arguments on behalf of the state and other appellants, senior advocate Colin Gonsalves, who was appointed as amicus curiae, started his arguments but could not complete it by 4pm. He is likely to argue for another half an hour on Friday.

There will be some more arguments, including on the issue of transportation of extracted and assessed coal, Kumar said.

“I expect that the legal issues, which are pending regarding coal mining in Meghalaya, will be resolved once and for all. If the Supreme Court finally holds that the MMDR Act will apply, the state has to follow the act. If it holds that the act is not applicable and mining can be permitted under mining plan and policies of the state government, mining will start according to the state’s policy,” he added.

There will be complete clarity only after detailed and extensive arguments and the apex court’s judgment.

“I must say it has been possible only after the new government (Meghalaya Democratic Alliance government) decided to resolve the long-pending issue by taking prompt legal measures,” the advocate-general said.