CM N. Biren Singh assured that the government was fully committed to uphold the dignity and honour of women 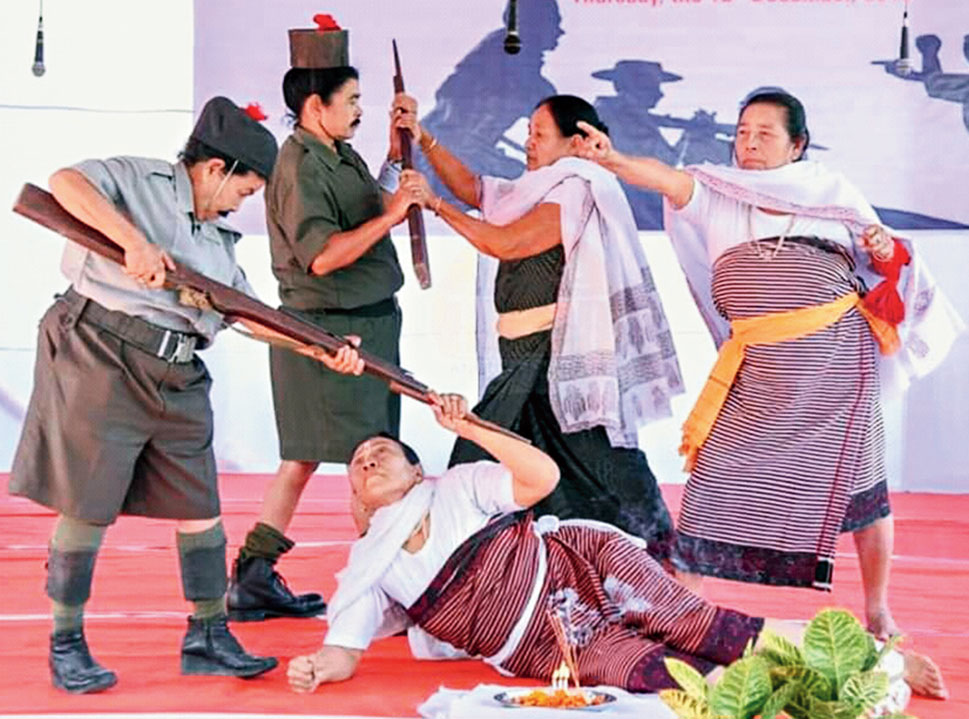 On the occasion of Nupi Lan Day (women’s war) at Nupi Lan Memorial Complex here on Thursday, the Manipur government paid rich tributes to the brave mothers of the state who fought against the British forces.

Manipur’s women had risen in agitation against the British regime to protest the mass exploitation and artificial famine in 1904 and 1939. The agitation later evolved as a movement for the constitutional and administrative reform of the erstwhile kingdom of Manipur.

Participating on the occasion, chief minister N. Biren Singh on Thursday assured the gathered audience that the government was fully committed to uphold the dignity and honour of women.

He said the state government has established fast-track courts to deal with crimes against women to deliver speedy justice.

Special women cells have also been opened in all the police stations in the state, he said. Biren Singh said, “It is indeed a matter of pride that many Manipuri women are at the forefront in various fields in the country.”

He said Manipur topped in women ownership of micro, small and medium enterprise businesses in the country.

Manipur women owned 50 per cent of the MSME businesses when compared to the national figure which is about 20 to 30 per cent.

He said there is a need for another Nupi Lan to fight against various problems prevailing in society such as the drug menace and alcoholism.

Deputy chief minister Y. Joykumar Singh, who was also present, stressed on the courage of the mothers who fought against the British and added that “we must not forget their supreme sacrifice”.

Later, a play based on Nupi Lan was staged by joint artistes of the Nupi Lan Memorial Association and Nupi Lal and Khongjom War Memorial Society to mark the occasion.