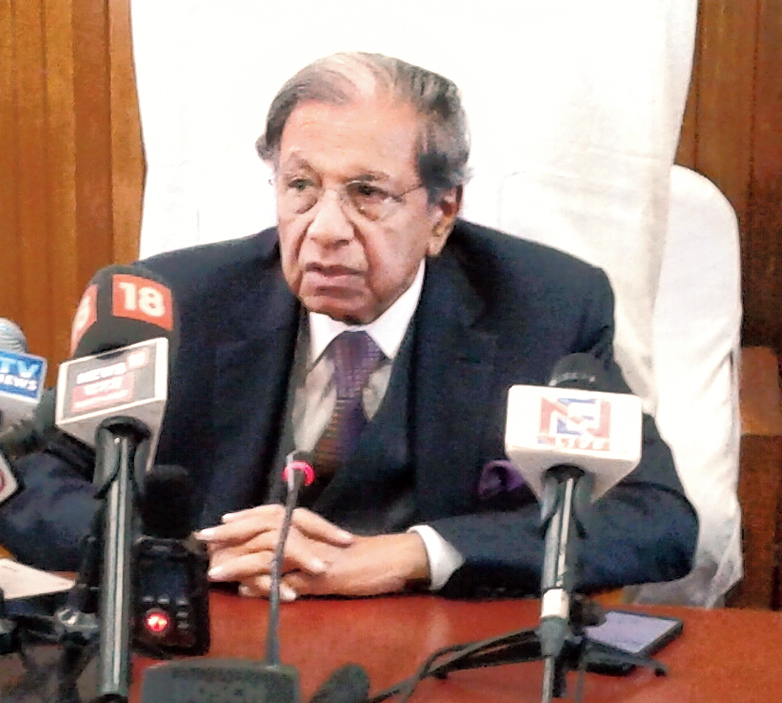 The Manipur government on Friday apprised a 15th Finance Commission team of the state’s financial problems and sought adequate funding.

After meeting the team, led by the commission’s chairman N.K. Singh, chief minister N. Biren Singh said, “We have informed them about our financial problems and are hoping for a positive outcome as they have assured the state government of maximum help.”

The chairman told reporters here that despite Manipur achieving a reasonably high rate of economic growth, it still had to take some important steps for putting the economy on a better trajectory.

The first step is harnessing solar power and wind power.

Moreover, the state can strengthen its human resource, particularly by improving education, establishing more medical, nurse training and paramedic institutions as there is a shortage in these sectors in India and in the world.

“By improving the quality of technical education, youths do not have to travel outside for studies,” N.K. Singh said.

He said another step is improving the overall matrix of the state’s finances by moving away from deposits in public accounts. Making the accounting system more transparent and aligning the fiscal deficit management within a timeframe, like in five years, is required, he added.

In this context, the state government presented a detailed memorandum to the team and submitted 25 project proposals on infrastructure development for funding.

The chairman said the government could achieve double-digit growth by improving the per capita income, reducing poverty and turning Manipur into the best among the special category states. He said it was in the best interests of the state’s economy to promote the Act East policy and also improve its overall profile.

Deputy chief minister Y. Joykumar, who is also the finance minister, other cabinet ministers and officials were present.

The commission team arrived here on Thursday and met representatives of political parties, rural and urban local bodies and trade and industry groups.