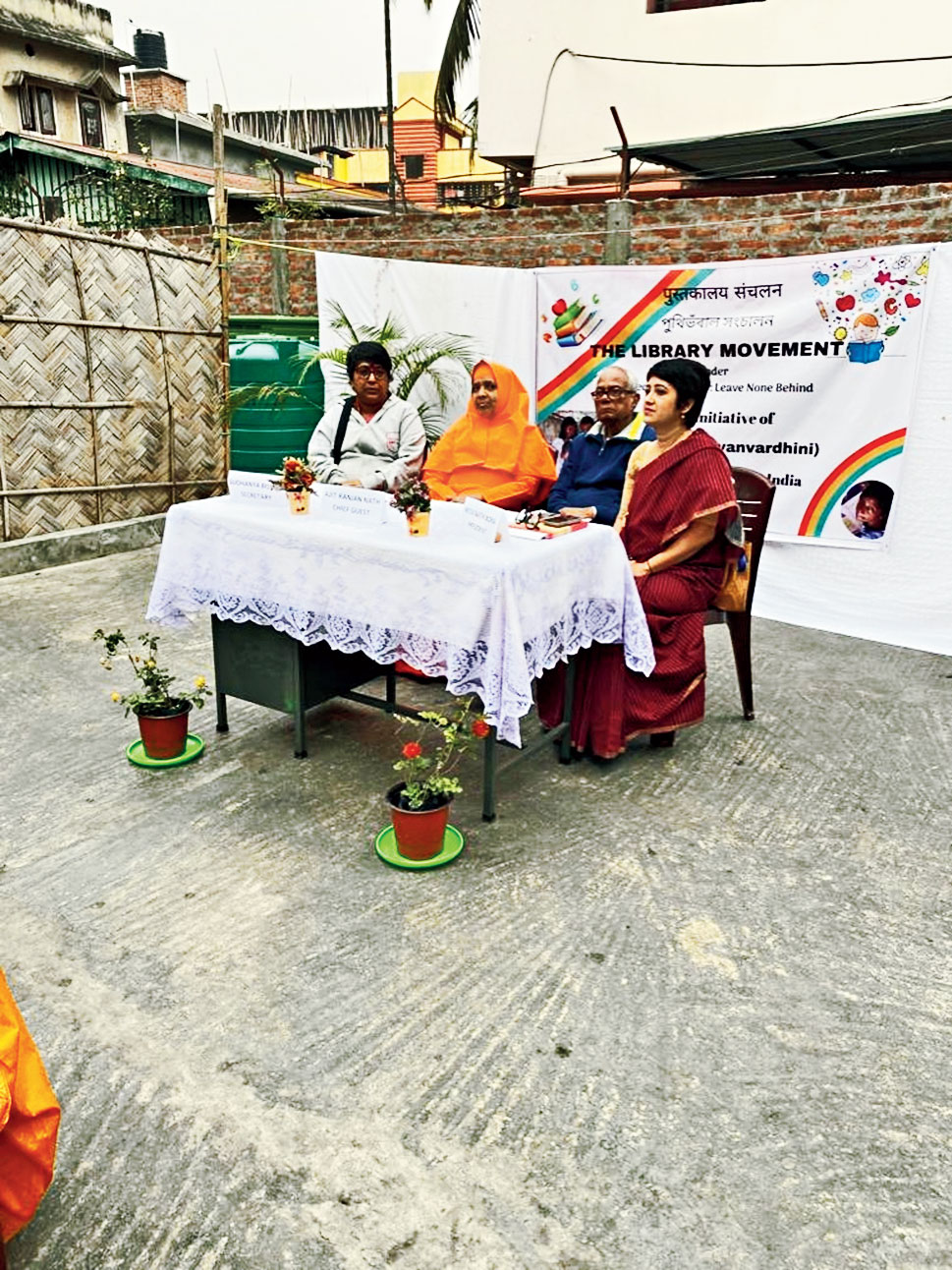 A group of people under Gyan Vardhini, a social initiative of Assam, on Friday launched a library at Ananda Ashram, an orphanage, here on Friday.

Launched under the organisation’s Project Educate All — Leave None Behind, the initiative aims to reduce school dropouts in the state.

The facility will make textbooks and story books accessible to children from slums, orphanages and in remote areas from across the state.

“The library will offer books to children for free. Besides, volunteers of the organisation will conduct reading classes for children every week. The organisation aims to set up 10 such libraries across Guwahati by this year,” said Mita Nath Bora, president of Gyan Vardhini.

“We want to develop love for books and reading habit among children and youths,” she added.

According to the data tabled in the Rajya Sabha by Union human resource development minister Ramesh Pokhriyal on February 6, Assam topped the school dropout rate list for primary and secondary classes in the country.

Children at the programme
Pictures by Rokibuz Zaman

Sudhanya Biswas, secretary of Gyan Vardhini, said: “During a survey conducted among few schools in and around Guwahati last year, it was found that not only are the drop-out rates increasing but many of the government schools are plagued with numerous problems. Since it is not possible for an individual alone to make big changes, we decided set up the library to alleviate some of the problems.”

“Knowledge is power and it should not be concentrated only around schools. Children who do not or cannot attend school or do not love to study should not miss the wonderful world of books. The root cause of all societal problems and backwardness lie with lack of education and knowledge. Hence, knowledge and learning need not necessarily be only through academic textbooks but can be attained otherwise too,” Bora added.

The 14th Annual Status of Education Report, 2019, also found that most class-I students in Kamrup district do not belong to the same age as mandated by the Right to Education Act, while many students in Assam join schools late.