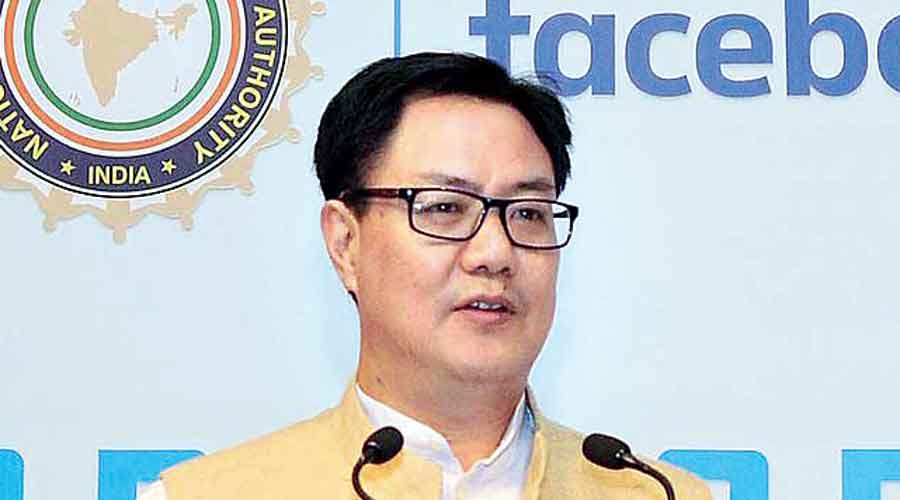 Rijiju, the Arunachal West MP, had on Tuesday evening tweeted about the Chinese People’s Liberation Army confirming that the five missing youths “have been found by their side”
File picture
Umanand Jaiswal   |   Guwahati   |   Published 10.09.20, 01:53 AM

The family members of the five youths from Arunachal Pradesh who had “inadvertently crossed over” to the Chinese side on September 2 are a “little relieved” after receiving the news that they are in the neighbouring country but have cautioned that the “job is only half done”.

The affected families met at Daparijo, the district headquarters about 120km from the remote Nacho circle from where they hail, on Wednesday evening to discuss their course of action, Prakash Ringling, the elder brother of 16-year-old Prasat who is among those who had strayed into the Chinese side from Upper Subansiri district, said.

The frontier state shares a 1,080km border with China, which claims Arunachal Pradesh to be an extension of South Tibet. The border dispute had led to the 1962 India-China war. Upper Subansiri was one of the districts affected in the month-long war.

“Thoda sukoon mila kal sham ko after Kiren ji’s tweet…. But unko ghar jaldi lana hain (We felt a little relieved after Union minister Kiren Rijiju’s tweet. But they have to be brought back home soon). The job is only half done,” Prakash, a final-year degree student who lives with three of his six brothers at district headquarters Daparijo, told The Telegraph after the meeting attended by two members from each family and a few friends.

Rijiju, the Arunachal West MP, had on Tuesday evening tweeted about the Chinese People’s Liberation Army confirming that the five missing youths “have been found by their side”. The defence PRO later said the youths had “inadvertently crossed over to the other side on September 2”.

The families of the youths have approached the local MLA and state minister Nakat Nalo to take forward the process of getting them released.

“We have submitted a memorandum to the DC (district commissioner), seeking help. We are now depending on our MLA to take the process forward with the government and the army because it is an issue between two countries now,” Prakash said.

Media reports had initially claimed that the Chinese army had kidnapped the five youths who might have got close to a disputed border point, Sera 7, during a hunting expedition, adding to the growing tension back home because of the standoff between the two neighbours in Ladakh.

Prakash said he had last met Prasat, a Class XI student, at their Nacho home on August 19 before the younger sibling left with his six friends on the hunting expedition.

“I had told him the night before his departure to be careful because of the ongoing standoff with China. Two of their friends, who were behind the five, said they lost track of the five at the Tungdara Pass near the border. Thinking they may have been detained, the two returned home as soon as possible. The weather had deteriorated the day they went missing,” Prakash said.

According to Prakash, it is difficult to know where the border is located because it is “porous and undemarcated”. All the youths belong to the Tagin community and are between 16 and 25 years old.

“Most boys from the Nacho circle go on hunting trips. It is a kind of tradition. The local people depend on forest produce such as medicinal plants for their livelihood because surviving alone on jhum (shifting) cultivation is not possible. I have myself made four-five trips, each taking about 10-12 days or more. It is a very difficult trek through mountains and thick forests,” Prakash said.

Prakash’s family hails from Ringling village, about 2km from Nacho.

“There are about 150 people in our village but we have another house in Nacho. The other boys also live in Nacho because life is hard in the villages of the Nacho circle, hard in the bordering areas,” he said.

The families are hoping the youths will be released soon just like 21-year-old Togley Singkam, who had been detained by the PLA from March 19 to April 7 when he had gone to collect medicinal plants. The Indian Army had negotiated his release.