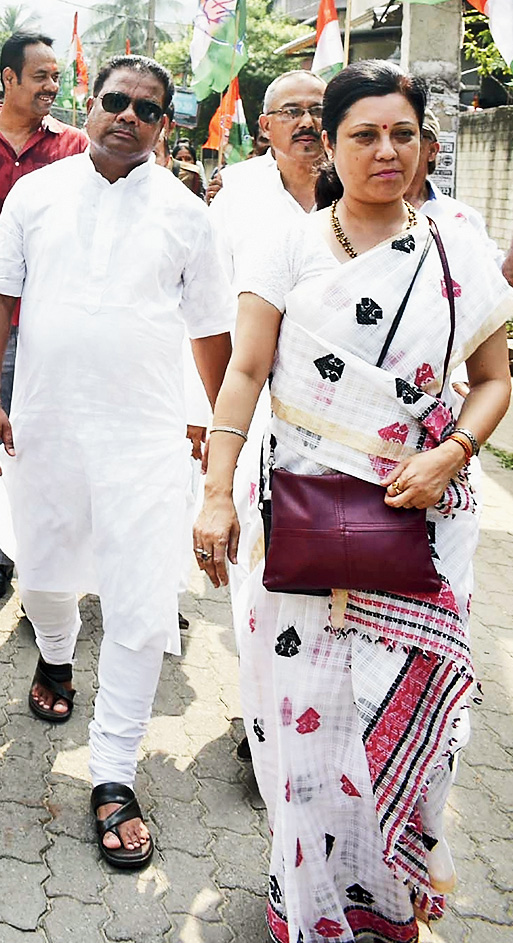 The Opposition Congress on Tuesday appreciated the BJP-led state government’s move to hoist the tallest national flag (in average city elevation) in the city on Gandhi Jayanti but pointed out that the Mahatma’s ideals were now being “compromised” on the ground.

Assam PCC president Ripun Bora said, “It is a good feeling and a great achievement that the tallest national flag of the country has been hoisted in Assam. But, at the same time, it is quite disappointing that Gandhi’s vision and contribution to the nation are being compromised at present.”

Soon after the flag-hoisting ceremony, Bora alleged the BJP and the Rashtriya Swayamsevak Sangh (RSS) have not adopted Gandhi’s ideology wholeheartedly.

“They are showing off by observing such an occasion and only paying respect to Gandhi. They pretend to adopt Gandhi’s ideology only to win the hearts of people. With the rise of the BJP to power at the Centre and in the state, there has been a rise in the politics of hatred in the nation,” Bora said.

The PCC president, along with Assam Congress general secretary Bobbeeta Sharma, visited Gandhi Mandap on Tuesday morning to pay tribute to the statue of the Mahatma.

The BJP-led coalition had defeated the Congress in the 2016 Assembly polls.

“Gandhi was a man of secular ideology, who never discriminated on the basis of religion and community. But an open attack on his ideology is frequently witnessed across the country today. The politics of division on the basis of religion, community and language is polluting the democratic atmosphere, which Gandhi could have never imagined,” said Bora.

The state Congress president assured that his party had taken a pledge to preserve the ideology of Gandhi and prevent it from being smirched by the “politics of hatred”.

On the occasion of Gandhi Jayanti, Bora also visited a family under a local booth centre of the Congress to mark the beginning of the party’s Lok Sampark (people connect) mission across the state on Tuesday. All booth committees of the Congress paid floral tributes to Gandhi.