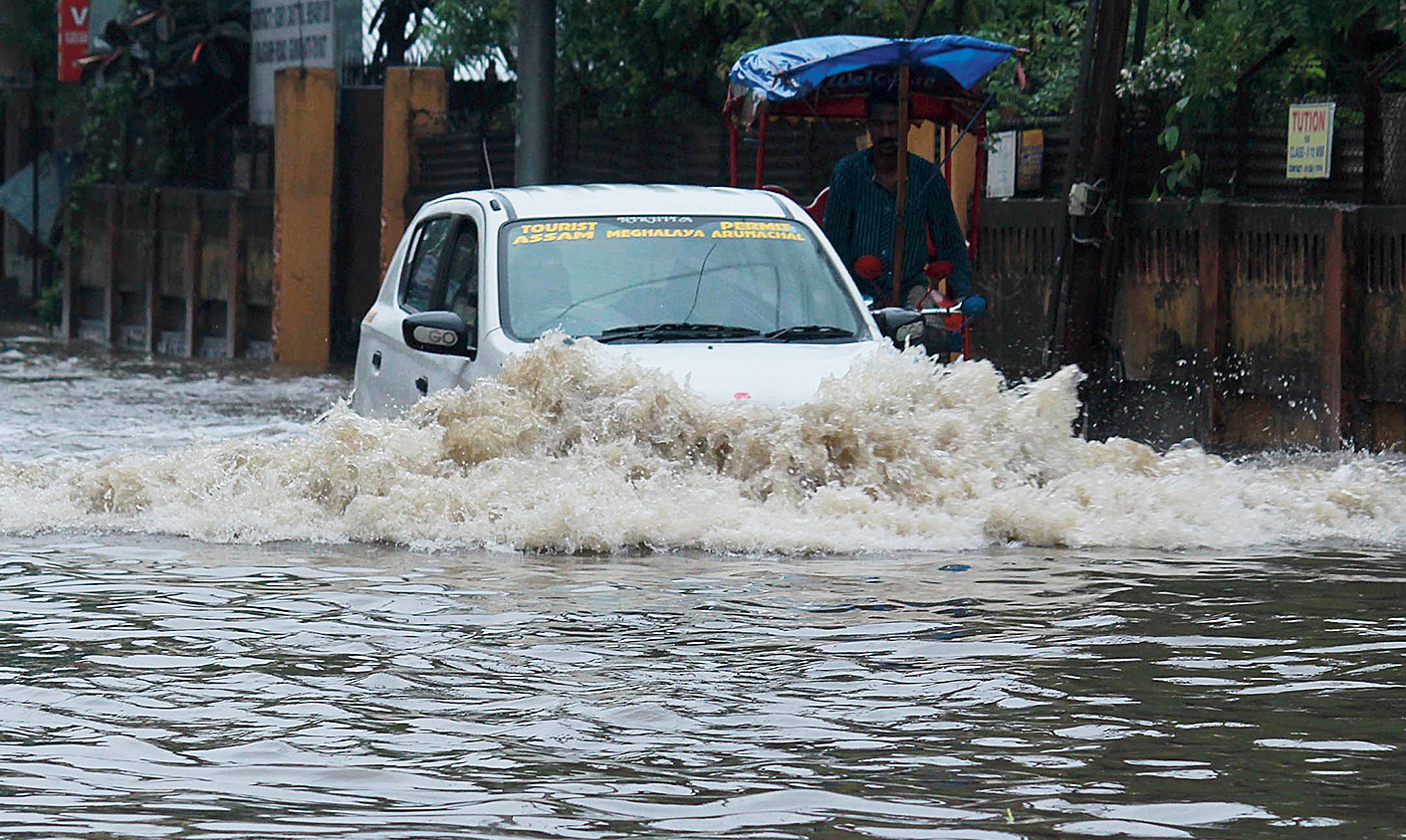 Apart from Guwahati, the storm also caused extensive damages to power infrastructure in Dhubri, Nalbari, Boko, Chaygaon, Mirza and other areas of the state.

Bhowmik said restoration works were being undertaken on a war footing. “We are working round the clock and additional manpower has been deployed to ensure expeditious restoration. If there is no fresh storm or heavy rainfall, all restoration works will be completed by Monday morning.”

A tree that fell during the storm at Bhangagarh in Guwahati.
Picture by UB Photos

Clear skies in Guwahati on Sunday
Picture by UB Photos

Bhowmik also said power supply was discontinued in the city on Saturday evening as a precautionary measure to avoid electrocution as large parts of the city went under water. Guwahati received 82.9mm rainfall on Saturday. “We did not leave anything to chance as safety was our top priority. Power supply resumed only when the situation improved.”

Most areas in the city were without power till late Saturday night.

A person, identified as Naba Kalita, went missing when the boat, carrying him and four others, capsized in the Brahmaputra in the storm near Majergaon in the Azara area of the city and its outskirts on Saturday evening. Others swam to safety.

Personnel of the State Disaster Response Force (SDRF) carried out a rescue operation on Sunday but could not retrieve the body.

According to the Assam State Disaster Management Authority, landslides were reported in Hirimbapur, Kahilipara and Lichubagan areas under Dispur revenue circle in the city.

The weather improved in Assam on Sunday.

According to the Regional Meteorological Centre here, the depression over western Meghalaya and Bangladesh weakened further and it will become insignificant in the next 24 hours.

An official source in the Airports Authority of India said flight services to and from airports in Guwahati, Imphal, Agartala, Dibrugarh, Lilabari and Dimapur had been restored and flights were on schedule on Sunday.

Several flights were cancelled in these airports on Saturday because of Cyclone Fani.