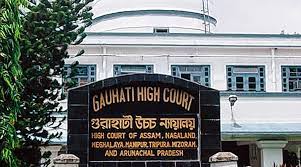 Gauhati High Court has nudged the Assam government to reconsider the rates fixed by the state administration for treating Covid-19 patients in private hospitals as the capped charges “prima facie” appear to be on the higher side.

The court issued the direction on June 23 while acting on a public interest litigation petition filed by Advocates Association of Indigenous Rights of Assamese (AAIRA) seeking “reconsideration of the maximum rates” fixed by the state government.

The order, passed by a division bench comprising Chief Justice Sudhanshu Dhulia and Justice Manash Ranjan Pathak, said: “ However, since prima facie it appears to be slightly on the higher side, we can only direct the state government that it may reconsider these prices, including the rate of single cabin, after hearing all the stakeholders.”

The matter will come up for hearing on July 15.

The state government had on June 4 announced the cap on rates for treating Covid patients following discussions with private hospitals and by comparing the rates in other states.

“The honourable high court has directed the state government to revisit the rates fixed by it, including that for a single cabin, after a discussion with all stakeholders. The rates were also fixed following a PIL filed by us because of the alleged exorbitant prices charged by the hospitals. The rates were capped to provide relief to the Covid-hit but they were not in consonance with the economic condition of the local people,” association member Kaustav Mahanta said.

In its petition, the association had contended that “developed” Kerala and Maharashtra, with higher per capita income, have kept the rates for private hospitals lower than those in Assam.

“Also there are no different rates for different cities/towns/districts of Assam… Also single cabins are left out in the (government) notification which appeared to be a deliberate attempt to allow the private hospitals to charge exorbitant rates for a single cabin which apparently is not at all in public interest,” the petition said.

In another Covid-related development, Congress MP Gaurav Gogoi has requested Union health minister Harsh Vardhan to raise the allocation of ventilators to 5,000 for Assam and 500 each for Manipur, Meghalaya, Mizoram, Tripura, Arunachal Pradesh and Nagaland. “It is critical that these states are provided adequate help and support to be able to cope with the pandemic,” he said.

Gaurav moved Vardhan after receiving an RTI reply on the state-wise allocation, delivery and installation of ventilators as on June 22.