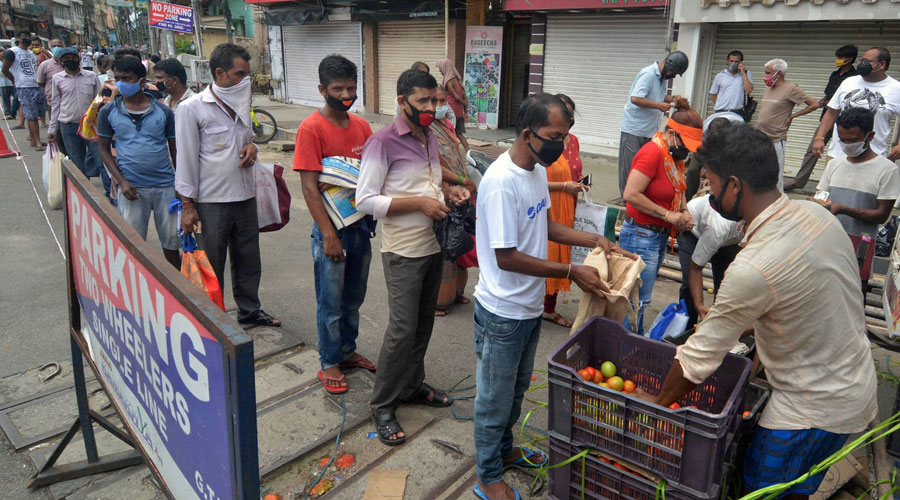 A party aboard a ship sailing on the Brahmaputra here on Monday night, allegedly violating lockdown norms, has resulted in the transfer of 10 police personnel, including some senior officers.

“Ten personnel have been transferred and a senior officer is probing the incident,” Guwahati police commissioner Munna Prasad Gupta told The Telegraph on Thursday.

The transferred personnel includes a deputy commissioner of police, four assistant commissioners, two officers-in-charge, two sub-inspectors and an assistant sub-inspector of the city police who took part in the party on the cruise ship TF Damodar.

Guwahati is under a 14-day lockdown since June 29 with a 12-hour curfew from 7pm every night to check the spread of Covid-19, which has infected over 4,500 people in the city.

However, senior KMSS leader Mukut Deka said the transfers were not enough. “They should have been tried as per law, under the Disaster Management Act, 2005, if they have allegedly violated the norms”, he said.

Senior Congress leader Debabrata Saikia, describing the incident as “unfortunate” and the transfers as an “eyewash”, said action should have been initiated as per the Disaster Management Act.

The transfers were effected soon after a statement from the chief minister’s office on Wednesday night said chief minister Sarbananda Sonowal had instructed the home department to initiate disciplinary action for transfer of the police personnel who took part in the “night party” during a cruise on the Brahmaputra amid the ongoing lockdown and curfew.

Assam chief secretary Kumar Sanjay Krishna was the first to flag the issue on Tuesday. He wrote to the police commissioner seeking a probe into a “damaging report” on the party in a vernacular daily with photographs. Alcoholic beverages were also reportedly served during curfew hours, the report said.

Krishna ordered the probe as the act “reflected very poorly on police personnel displaying total disregard” for orders under the Disaster Management Act, which is being applied to check lockdown violations in the country.