A short film based on the conservation efforts of the residents of two villages in Nagaland won the Golden Beaver award at the 6th National Science Film Festival in Mumbai yesterday. 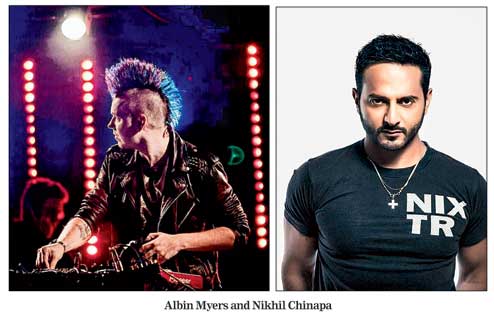 Jorhat, Feb. 14: A short film based on the conservation efforts of the residents of two villages in Nagaland won the Golden Beaver award at the 6th National Science Film Festival in Mumbai yesterday.

The film, Nagaland is Changing. But... was awarded the best in the category of films made by institutions.

The film, produced by the Nagaland forest department with technical collaboration of The Energy and Resources Institute (Teri), New Delhi, and directed by Gurmeet Sapal, also received the technical excellence award for best sound design.

The film is co-produced by the film and TV unit of Teri.

Rao said the real champions are communities of Nagaland who are protecting and conserving these areas since time immemorial.

"With the screening of film at the 6th National Science Film Festival, the whole world came to know about the dedication of these communities to conservation," he said.

The film was produced in 2015 and depicts the farmers of Sendenyu village in Kohima district and Sukhai village in Zunheboto district, who have been conserving the forest on their private land for the past 15 years.

No one is allowed to enter the community forest that is spread over 23 square km. There is a strict ban on hunting, fishing, logging and collection of minor forest produce like honey and medicinal plants. The village court fines anyone who is caught breaking the law.

The results are for everyone to see. The Sendenyu community biodiversity reserve is now teeming with wildlife. The animals that were once considered extinct are being sighted again.

The birds, that were always weary of human beings because of rampant hunting, can be seen flocking to the reserve.

Large flower trees, those were once being cut even before they could reach a flowering age, are blooming.

But there are challenges.

The reserve was formed on land that was donated by private owners. Like the rest of the Northeast, agriculture is the main source of income in Nagaland.

The felling of trees on private land for timber constitutes a major portion of any Naga family's livelihood.

After restraining themselves for 15 long years, some families now want to exploit the timber from their part of land in the biodiversity reserve.

The film raises questions about how the livelihood of these Naga families can be ensured and whether international organisations and the government help Sendenyu save its forest.

The film portrays the beginning of a huge change in the lifestyle of the Nagas. People that were once hunters are now turning into conservationists.

Nagaland is changing for sure. But...