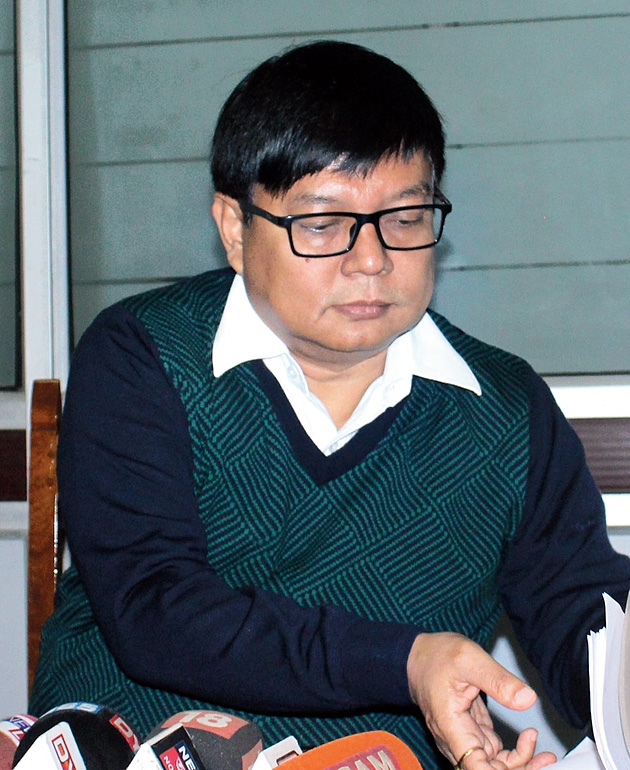 Leader of the Opposition in the Assam Assembly and Nazira Congress MLA Debabrata Saikia has requested state forest minister Parimal Suklabaidya to come down heavily on illegal sand mining on the Dikhow in Nazira subdivision in Upper Assam’s Sivasagar district.

In a letter written recently to Suklabaidya, Saikia said illegal extraction of stone from the Dikhow was continuing unchecked in the Nazira sub-division.

He also submitted a few photographs to the minister in support of his claim.

Saikia said he had earlier also sent a letter to former forest minister Pramila Rani Brahma on the issue but to no avail.

“In 2012, the Supreme Court had held as illegal all sand mining activities not approved under the 2006 Environment Impact Assessment Notification, especially the use of dredging machinery like JCBs. It is unfortunate that the state government is unwilling to enforce the guidelines laid down by the apex court of the country,” the letter said.

“Apart from the legal aspect, I must ask you to consider the adverse impact of rampant sand mining on the ecology. Largescale extraction of sand results in destruction of aquatic fauna and habitat through changes in the channel morphology and also degradation and coarsening of the river bed. Another side effect is that it depletes the adjoining groundwater system,” Saikia said.

He said constant digging and plying of heavy vehicles in the mining site weakens the banks and paves the way for enhanced erosion and ruinous floods.