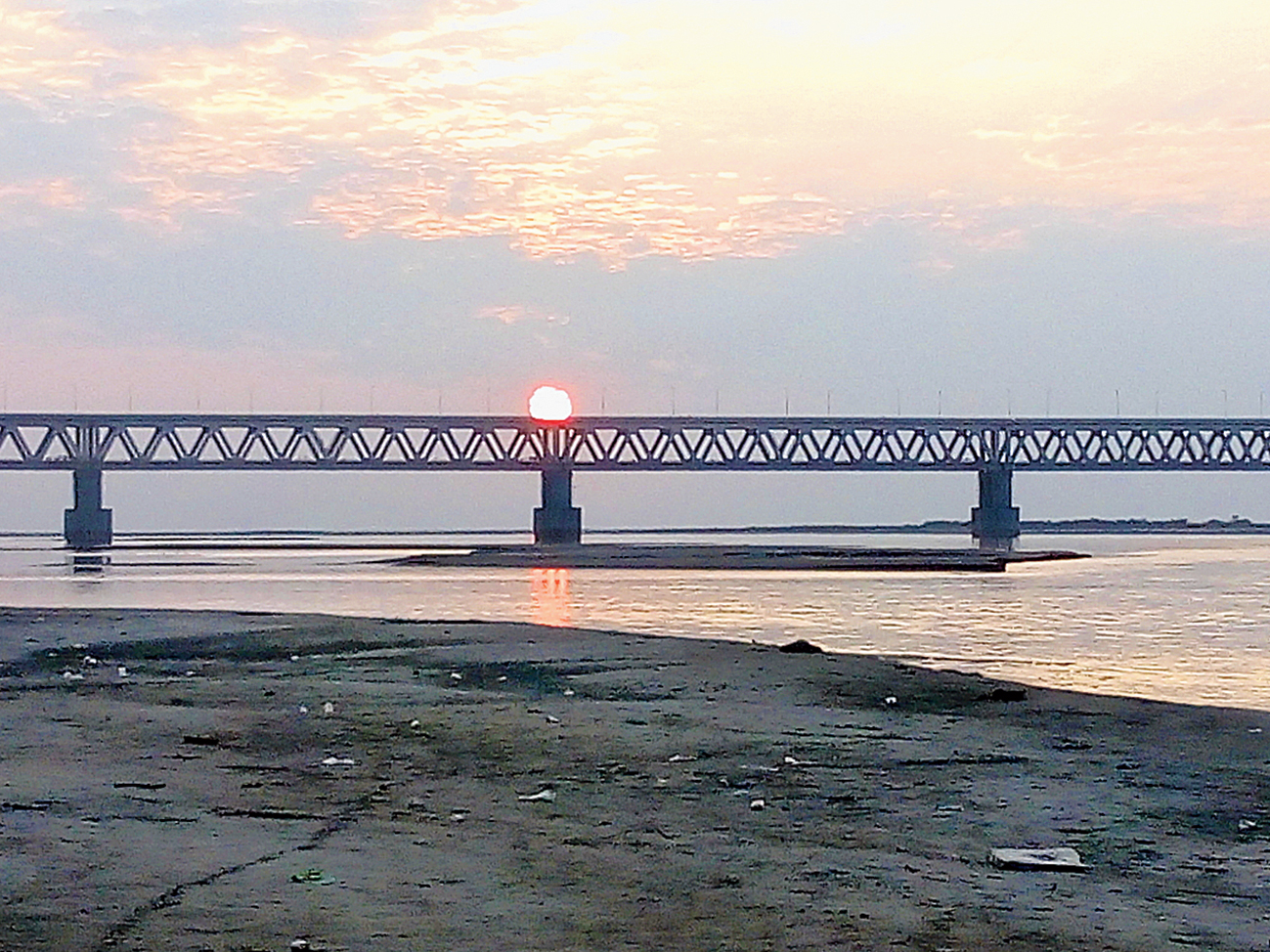 Boatmen ferrying thousands daily across the Brahmaputra from Kareng Ghat in Dhemaji district of Assam fear that inauguration of the Bogibeel bridge, scheduled for Christmas, might sound the death knell of their livelihood.

“We are fully dependent on boat services between the north and south bank of the Brahmaputra for out livelihood. We will have to look for alternative means after inauguration of the bridge,” Atul Pait, 55, a boatman at Kareng Ghat said on Friday.

On the south bank, Lakeswar Rajbonsi, 28, who runs a ferry service at Bogibeel Ghat, also apprehends that inauguration of the bridge would hit his business.

“We don’t know what to do. We don’t expect the government will do anything for us because it has done nothing for those who were dependent on the ferry services before inauguration of the Dhola-Sadiya bridge (Bhupen Hazarika Setu),” he alleged.

Nineteen private and one government ferry services run from Bogibeel Ghat to Kareng Ghat, providing livelihood to nearly 150 people and 80 shopkeepers on both the banks.

Sapna Pegu, owner of a eatery at Bogibeel Ghat, said, “We are doing good business because ferry passengers often come here for food. After the Bogibeel bridge opens, we will have to shut down our business because nobody will use the ferry to cross the river. We don’t know how we will run our family.”

Officials of inland water transport department expressed concern over decrease in revenue after ferry services stop. The ferries ply around 2,500 passengers, 150 small vehicles and 120 two-wheelers daily on an average. In case of an emergency, two to three reserved boats ply on the river.

It takes two hours to cross the river on a ferry but will take only 10 to 15 minutes to reach Dhemaji from Dibrugarh over the bridge. A source said Brahamaputra was the only river till 1962 that did not have any bridge along its entire length. The Bogibeel bridge will be the third rail-cum-road bridge over the river, a long-pending demand of the army and locals.

“The Bogibeel bridge will usher in a new era of economic development in the region, apart from strengthening national security,” chief minister Sarbananda Sonowal had said during his recent visit to inspect the construction work.

The Dhemaji district administration is working round-the-clock to ensure that the inaugural programme is a success, deputy commissioner R.A. Korati told reporters on Friday. He appealed to the public and stakeholders for their cooperation. Prime Minister Narendra Modi will inaugurate the longest road-cum-rail bridge at Kareng Ghat on December 25.

The Dibrugarh district administration is also working day and night for the smooth functioning of the inauguration programme. Security has been tightened in both sides.

Ashwani Lohani, chairman of the Indian Railway Board and ex-officio principal secretary to the government of India on Thursday visited the bridge for final inspection. he was accompanied by the general manager, NF Railway, Sanjiv Roy, general manager (construction) N.K. Prasad and other officials.

The work of a temporary helipad has been completed on the south bank (Dibrugarh side), where Modi will arrive and inaugurate the Bogibeel bridge. He will also flag of a train before addressing a public rally on the north bank (Dhemaji side).