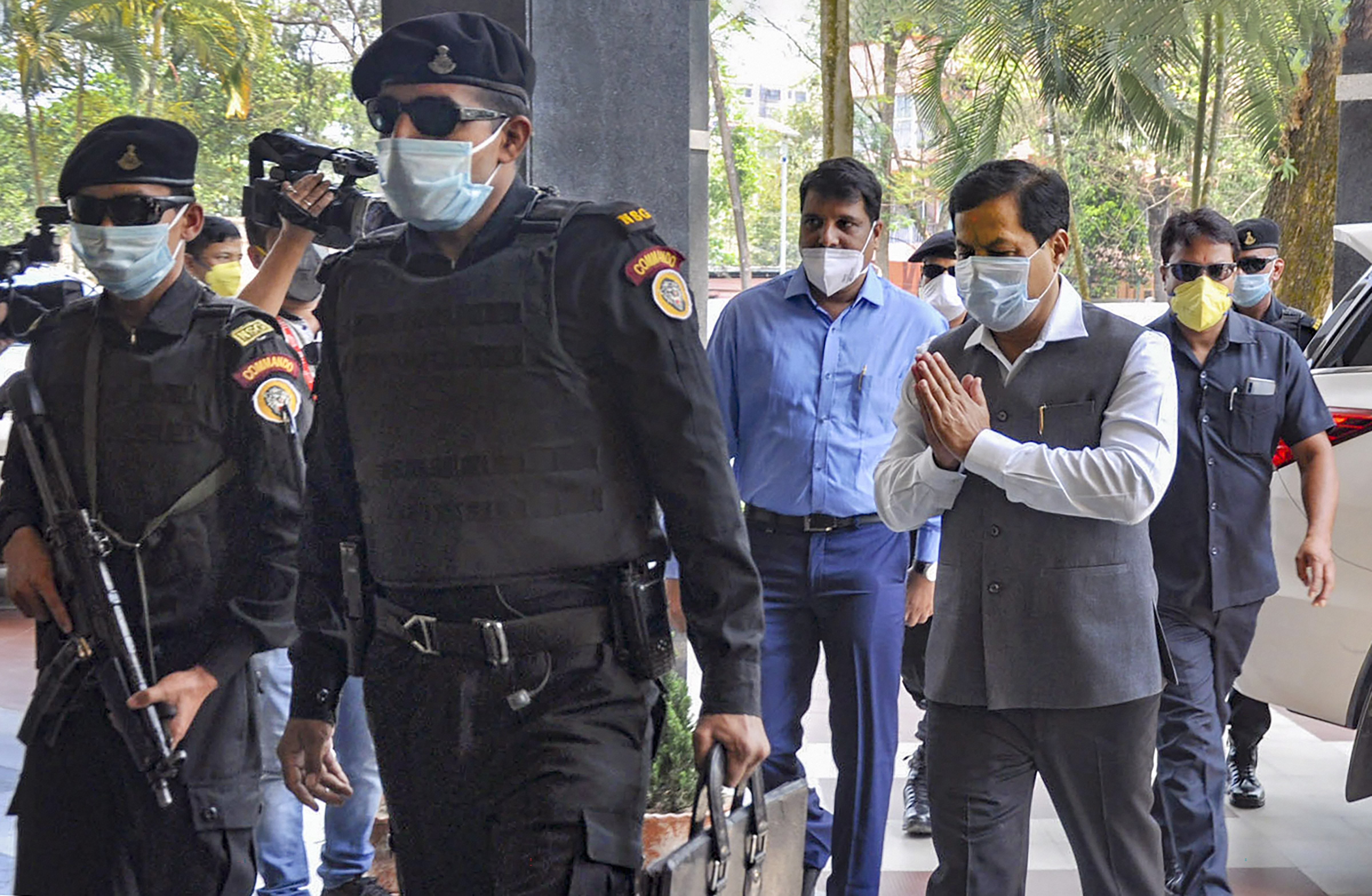 A meeting of the council of ministers here on Sunday decided that the Assam government would not take any decision on lockdown and go by whatever direction is issued by the Centre. The one-hour meeting, chaired by chief minister Sarbananda Sonowal, was held at the Assam Administrative Staff College here following an all-party meeting on steps being taken by the state government during the lockdown period.

“Today’s council of ministers’ meeting decided that the state government will not take any decisions of its own on lockdown. The Assam government will take the next steps following the directions of the central government,” said a government statement. On Sunday, so far, Assam recorded no fresh Covid-19 positive case and the number of positive cases remained 29.

When the Assam government had announced a weeklong lockdown from March 24 it had come forward with a set of dos and don’ts. But announcement of 21-day lockdown a day after by Prime Minister Narendra Modi came with some differences in the dos and don’ts leading to some confusion among the people.

Sunday’s meeting came a day after a meeting between Prime Minister Narendra Modi and chief ministers reached a consensus on extending the lockdown by another around two weeks.

An Assam cabinet minister had earlier said the state was in favour of conditional lockdown beyond April 15.

During the meeting, Sonowal also took feedback from the ministers about the districts they were given responsibility to oversee during the lockdown period. Each minister was given two to three districts to see that the lockdown was implemented.

“The chief minister also directed us to see that essential items reach the people during the extended period and sufficient stock of food items are available with the government,” tea tribe welfare minister Sanjoy Kishan told The Telegraph.

He said the date of Sunday meeting was pre-decided and it may take some days to hold the next meeting because of Bihu. “So far, the Centre has not issued any instruction on the extension period of the lockdown. We may get a clear picture by tomorrow when the new set of guidelines is expected,” Kishan said.

Kishan added that people in Dibrugarh and Tinsukia, the two districts he was assigned to oversee, were cooperating with the lockdown.

“People have realised the gravity of the situation and cooperating with the government. In the tea garden areas also the workers have started working or taking salaries by maintaining social-distancing norms,” he said.

Assam chief secretary Kumar Sanjay Krishna on Sunday told an industry body that the next phase of lockdown would be different from the first phase and it would have some relaxations.

More than 40 participants attended the webinar and participated in the interaction. Earlier chairman, CII Northeast Council, S.K. Barua, welcomed Krishna to the webinar.

Krishna said the coming three to four weeks would be very crucial for the country and the state would go for two more weeks of lockdown.

Emphasising on social distancing, he said the government was trying its best to provide all the essential commodities at the doorstep for which the state needed enormous resources. He cited the example of Guwahati city alone where 12,000 vehicles are needed for transportation of essential amenities.

The Kamrup (metro) district administration has stepped up its effort to finish setting up a separate isolation centre at the Sarusajai Stadium campus. The stadium already houses a temporary quarantine centre with an intact capacity of around 700 people. On Sunday, deputy commissioner Biswajit Pegu visited the stadium and inspected the site. “The new quarantine centre will have 215 separate isolation wards too. The commissioner has ordered the various agencies to step up their efforts and complete the water and electricity supply works in the centre within 24 hours,” said an official statement from the district administration.

Assam police, in their effort to enforce the lockdown completely, have arrested 1,454 persons so far. Some 11,200 vehicles were also seized and penalty of around Rs 40 lakh has been realised.

The state police have already asked people to abstain from any public gathering in view of the Rongali Bihu festivities in the state starting on Monday. The police have strictly restricted any public function and Bihu celebration in public in the state. Already the Bihu committees of the state too have decided to observe the festivities without any public function and urged people to celebrate the festival with their dear ones at home.

“People should celebrate only with those with whom they are living on a daily basis in the lockdown house. Don’t call, visit or mingle even with family members with whom you don’t share the lockdown house,” said Assam police additional director-general of police (law and order), G.P. Singh.