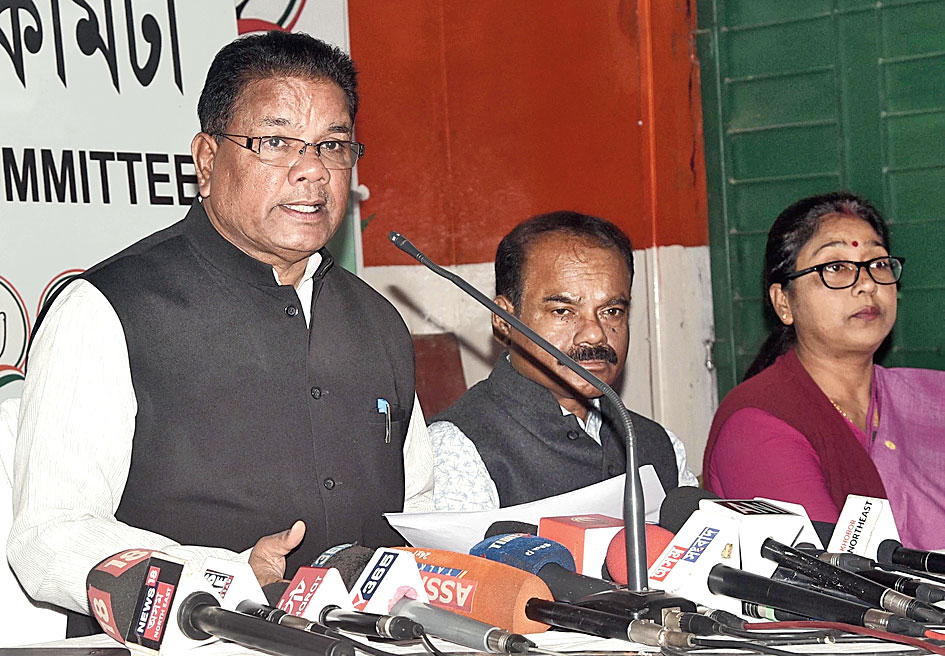 The Assam Congress on Sunday described the Centre’s budget as pro-rich and said the people of Assam have nothing to rejoice.

Assam PCC president Ripun Bora told reporters here that the budget does not reflect the aspirations of the poor and many of its goals are not realistic.

Bora, however, thanked the Centre for including Sivasagar in Upper Assam as one of the five archaeological sites in the country to be developed as world class sites. “But why not Majuli which is in the race for world heritage site status and chief minister Sarbananda Sonowal’s own constituency? Sonowal failed to include Majuli in this project. He could not convince the Union finance minister.”

Bora welcomed the budget’s announcement to modernise the waterways from Dhubri to Sadiya.

“However, we doubt whether it will be done or not. Before that the Centre promised to dredge the Brahmaputra and construct express highways both sides of the river. But it did not fulfil that promise.”

Bora said the Centre has allocated thousands of crores of rupees for Namami Gange. “But why did you not give a single penny for the Brahmaputra?” he asked.

The Assam Tea Tribes Students’ Association on Sunday said the budget presented by finance minister Nirmala Sitharaman in Parliament on Saturday is not woven around the tea gardens and tea workers of the state.

“The tea tribes of Assam deposed complete faith in the BJP and in May 2019, Modi received a massive mandate to form the government for a second time. There was a hope that this budget will have something for the tea workers and tea industry but this budget has completely neglected us. I appeal to the government to leave its vote-bank politics. It should take immediate steps to improve the economic conditions of tea garden workers by making fresh policies, giving Scheduled Tribe status to the tea tribes and Rs 351 as daily wages of garden workers,” Irot Tanti, the president of ATTSA, told The Telegraph.

“This budget has not addressed the hopes and aspirations of poor tea workers and struggling tea estate owners. The fruits of the welfare schemes are not reaching them. Our people are ill, uneducated and unemployed with no better job opportunities and unfortunately the budget was not woven around their problems,” Tanti said.

There are around 850 tea estates in the state and 20 per cent of Assam’s population belongs to the tea tribes with majority in a few districts of Upper Assam.