Saikia poser on handling of security

He met the governor on Sunday, seeking an inquiry into the violence perpetrated by protesters and security personnel alike 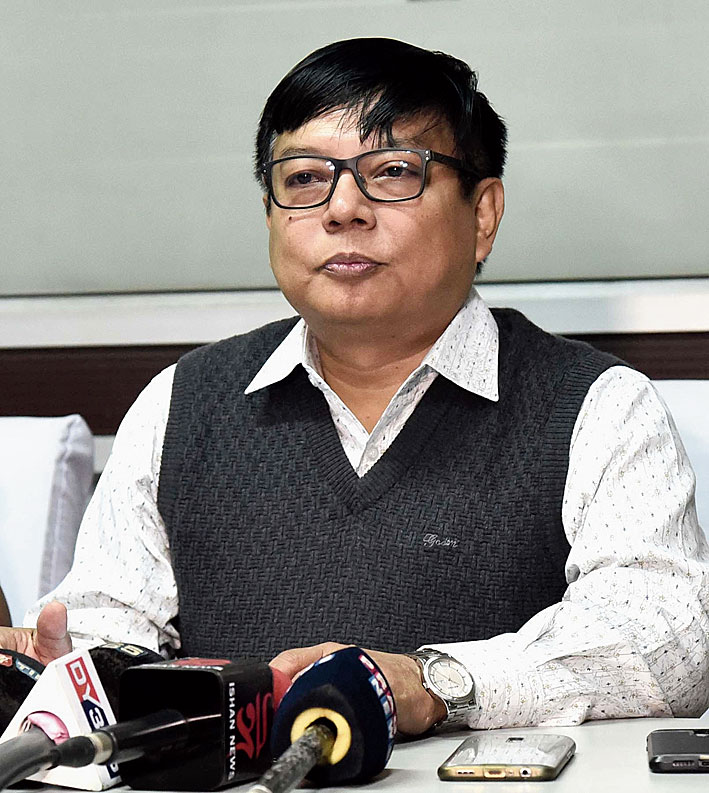 Assam Congress Legislature Party leader Debabrata Saikia on Tuesday posed several questions about the handling of security during the protests against the Citizenship (Amendment) Act while seeking the resignation of chief minister Sarbananda Sonowal for his alleged failure to control law and order.

Saikia, who is also the leader of the Opposition, was among three senior Congress leaders (the others being Tarun Gogoi and Ajanta Neog) to address separate news conferences in the city around the same time on Tuesday morning.

The questions posed by Saikia, who had on Sunday approached governor Jagdish Mukhi seeking an inquiry into the violence perpetrated by protesters and security personnel alike, included:

Calling for stringent action against those involved in vandalism at Srimanta Sankaradeva Kalakshetra and elsewhere, Saikia urged the government not to suppress a democratic movement against the “divisive” legislation. “Action should be taken against vandals irrespective of who they are, but the Congress is not involved in the violent protests,” he said.

Cabinet minister Himanta Biswa Sarma had said on Monday that Congress activist Zubair Anam, a leader of the National Students’ Union of India (NSUI) — the student wing of the Congress — was allegedly involved in the Kalakshetra vandalism.

“We sacrificed a government in 1985 and signed the Assam Accord in the interest of the people of Assam. We also did the spadework for the updated NRC. In recent times, we have steadfastly opposed both versions of the CAB.

“Moreover, the Congress alone should not be blamed. The electorate of Assam gave opportunities to other parties whenever we failed to deliver. But they betrayed the people of Assam. Our leadership, Rahul Gandhi and Sonia Gandhi, had opposed the bill. There is no reason to distrust the Congress,” he said.

Taking a dig at the Sonowal administration, Saikia said after promising to protect jati, mati, bheti (community, land and hearth) of Assam before the polls, the government was doing the bidding of Nagpur and Delhi to destroy the Assamese community.

“Ishwar Nayak (of Udalguri) was the latest victim of government crackdown on protesters. We now have to keep faith in God (Ishwar) and carry on with the protests,” Saikia said, while condoling the death of those who died during the protests. Four persons have died in the protest so far.

He demanded that Sonowal resign for his alleged failure to control law and order in the state and also for his failure to honour the commitment made to the Assamese people. “Sonowal seems to have become a mere puppet who did not have the courage to address the media on Monday ,” Saikia said.