The KMSS leader was arrested by the NIA on December 17 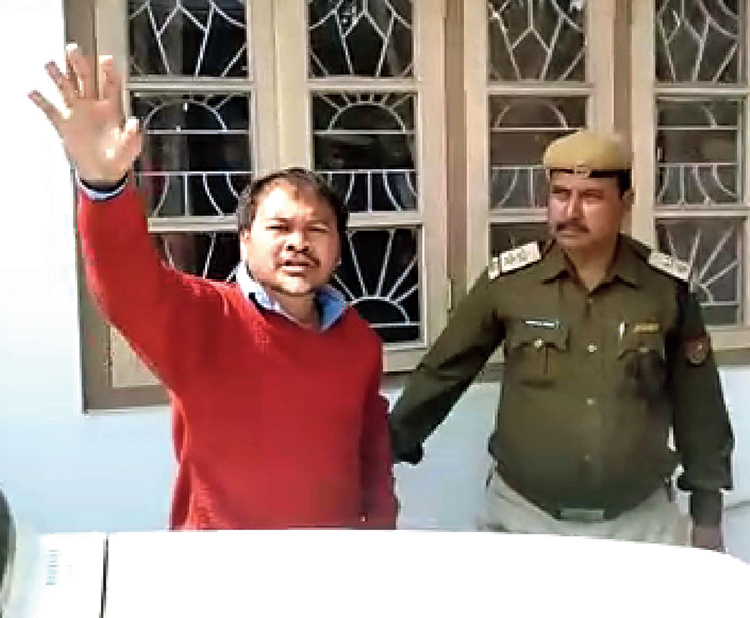 Krishak Mukti Sangram Samiti leader Akhil Gogoi was granted bail by the National Investigation Agency court here on Tuesday in the NIA case in which he was booked under the stringent Unlawful Activities (Prevention) Act.

On Monday, Akhil became eligible for default bail after the NIA, which accused him of having nexus with Maoists since 2009, failed to furnish a chargesheet in the case within 90 days. The NIA sought Akhil’s custody for another 90 days but the court rejected it.

Akhil was arrested by the NIA on December 17.

Akhil’s counsel and senior advocate Ziaur Kamar said after the court on Monday rejected the NIA’s prayer to extend his custody, the NIA on Tuesday moved Gauhati High Court, seeking a stay on the NIA court’s order, but the high court did not grant it.

“Immediately, a bail petition was moved and the NIA court granted Akhil bail,” Kamar said. The court asked Akhil to appear before the NIA whenever needed and not to leave the city without the court’s permission.

However, Akhil needs to stay behind the bars for a few more days as he is wanted in two other cases registered by the state CID and Sivasagar police. Already, hours after he was granted bail in the NIA case, Sivasagar police have moved a local court for his custody. “We will file bail petitions in both the cases soon,” Kamar said.