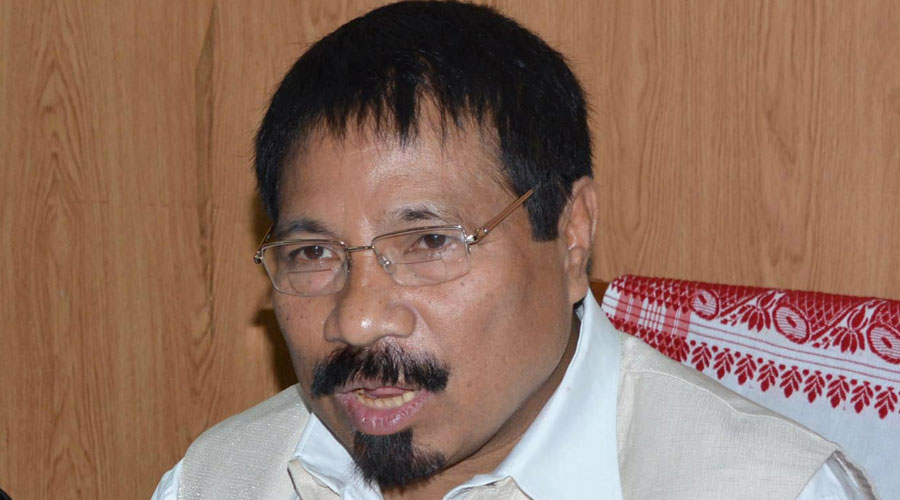 AGP president and Assam minister Atul Bora was on Thursday unanimously re-elected party chief for a second straight term of three years but the entire exercise has come under judicial scrutiny.

On Wednesday evening, a local court here had passed an order restraining the holding of the AGP’s general council meeting as it prima facie violated the party constitution as well as Covid-19 guidelines. The court has ordered the AGP to maintain status quo till the case comes up for hearing on November 11.

Besides the legal tangle, the AGP brass will also have to deal with intra-party differences over the manner in which the new panel was elected.

The meeting has vested in Bora the responsibility to form the new team. Working president Keshav Mahanta would continue in his post as he was re-nominated by Bora.

Soon after Bora’s election, a group of senior members and leaders from across the state met former AGP president Prafulla Kumar Mahanta and other senior leaders “seeking the ouster” of the party top brass and strengthening it from within.

Sources said a section in the party wanted the formation of a new regional outfit because the AGP brass has sided with the ruling party (BJP) in supporting the Citizenship Amendment Act, which is widely opposed in the Brahmaputra Valley. Those opposed to the CAA say it is a threat to Assam’s culture and identity.

Bora, who is also a cabinet minister in the BJP-led coalition government, told The Telegraph, “This will be my second straight full term after 2016. I was re-elected unanimously. I plan to take the party forward by turning it into a progressive regional force in run up to the Assembly polls and try to win more seats this time round.”

In the 2016 Assembly elections, the AGP, born out of the six-year-long Assam Agitation against influx, had won 14 of the 24 seats it had contested.

On the court order, Bora said they had not received anything during the meeting. “But I heard the office has received something from the court after the meeting but I have not seen it,” he said.

Asked about the AGP’s stand on the CAA, he said it was the “same as before”. The party brass had said in December last year it will continue the legal fight against the CAA in the Supreme Court and will also try to get Clause 6 of the Assam Accord implemented, which ensures constitutional safeguards to the Assamese people, by “staying within the government”.

Girin Talukdar, a senior AGP member and one of the three petitioners in the case against the party general council meeting, said on Thursday that they will continue their legal fight. “Usually, a general council meeting continues for a whole day but today it got over in about 45 minutes. We will apprise the court about today’s developments despite its restraining order. We will wait and watch and continue with our legal fight,” Talukdar said.

Former chief minister and AGP founder president Mahanta said the court had passed a restraining order which he had received while entering the party’s Ambari headquarters. It is a sub judice issue now, he said.

Mahanta said he will not speak against any individual but made his displeasure known against the party leadership. He said the people wanted a strong regional party, not one which has submitted to a national party. Bora had become president after Mahanta had stepped down following the AGP’s debacle in the 2014 Lok Sabha polls.

Mahanta also said he was firm against CAA and will not accept anything that dilutes the 1985 Assam Accord which has fixed March 24, 1971, as the cut-off date for detection and deportation of illegal foreigners.

The CAA, on the other hand, provides Indian citizenship to non-Muslims who have entered India from Bangladesh, Pakistan and Afghanistan till December 2014.

The AGP general council meeting was scheduled for December last year but had to be deferred because of the anti-CAA agitation and the Covid-induced lockdown.