Age no bar for doctorate 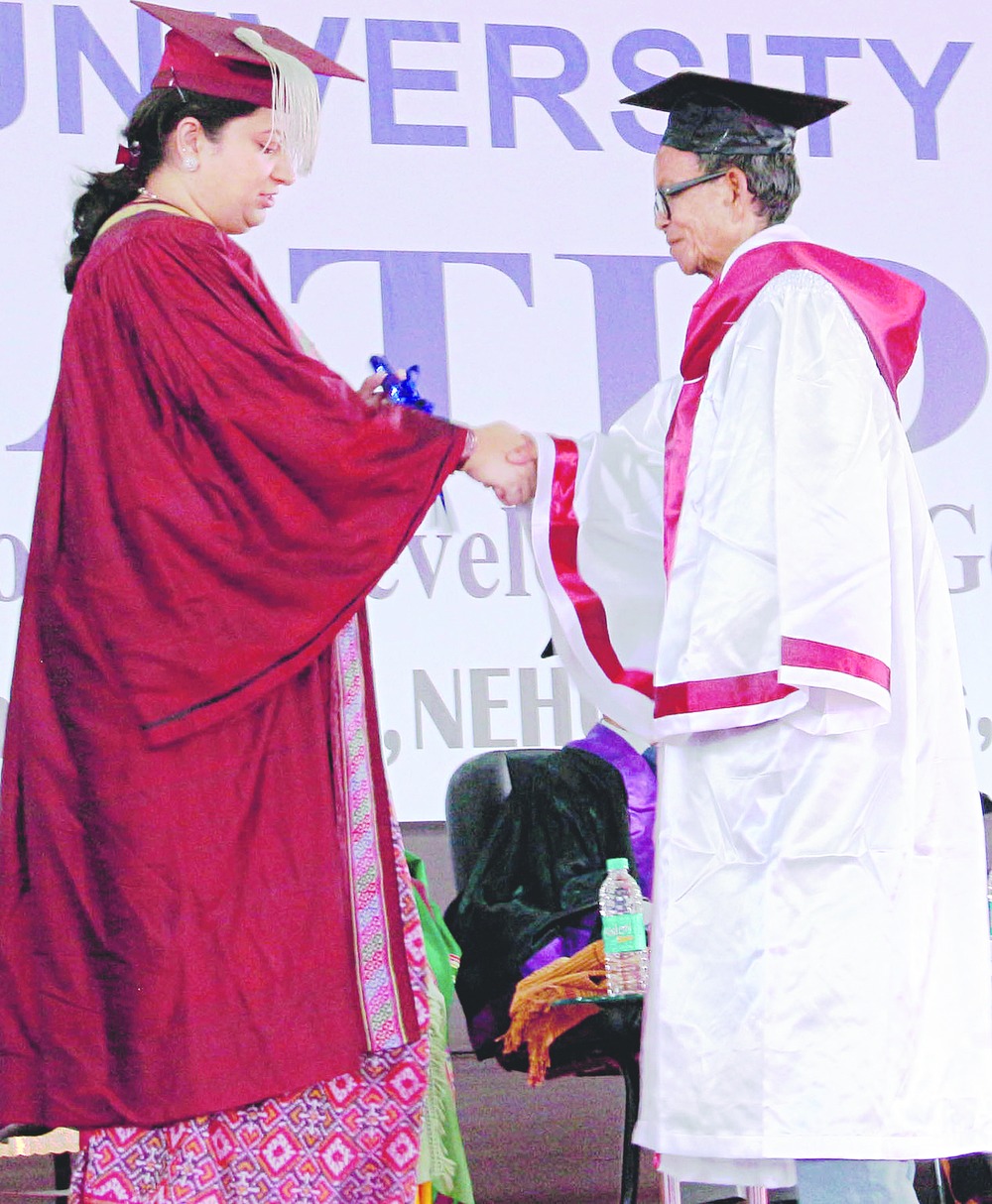 As scholars went up one by one on the stage to receive their degrees from Smriti, she was seen speaking to one of them for a few seconds. But it was only when she delivered her convocation address that the audience knew what had transpired. "Today, as HRD minister, I would like to particularly celebrate one of the students who had a wide smile when he came up on the stage to receive his degree. I asked, 'Sir, how old are you?' He said, 'I'm 76'," Irani told the audience.

"Dr Doster Roy Khongngai, are you among us, sir? Please stand up," Smriti, 40, requested the septuagenarian.

As Khongngai stood up, thunderous applause broke out in the massive convocation hall.

"Today is an opportunity to look at people like Khongngai, acknowledge their journey, celebrate it and learn from it. They give us a message that learning is a lifetime experience," she said.

A resident of Sohbar village in Shella of East Khasi Hills, Khongngai took five years to complete his PhD in Khasi literature under the guidance of D.R.L. Nonglait.

Later, when asked what Irani told him while receiving his degree, Khongngai said, "She told me that I was an encouragement for the students."

Having completed his homoeopathy from Kerala in the 1960s, the septuagenarian taught Khasi literature at Women's College, Shillong, from 1980s till the nineties.

Khongngai said he would be publishing a book based on his thesis. Stating that his objective in life is to help the poor, he said he would continue to provide medicines.

She said the Centre has proposed to the UGC to ensure that instead of two years, women and differently-abled students be given three years to submit their MPhil dissertations.

At the same time, she said the time granted for such students to submit their thesis has been proposed to be extended from six to eight years.

She said the UGC has been requested to provide migration facilities to women who want to pursue their PhDs across the country in all universities.

While stating that more girls are enrolling in higher education, Smriti, however, said that until such time "we promote more women as faculty members, truly the cause of education will not be met".

Bathew, 85, who was the first lady chairperson of the Union Public Service Commission from 1992 until 1996, received the honorary degree from Irani. Mary Kom received the degree in absentia.

Bathew, who holds a masters in experimental psychology from Calcutta University, had started her career as a lecturer in Lady Keane College here. She served as the counsellor of Vocational Guidance Bureau in the composite state of Assam, member of the SSB, defence ministry, and member of the Meghalaya Public Service Commission.