Manisha, a cancer survivor herself, praised the work being done by the Deepsikha Foundation 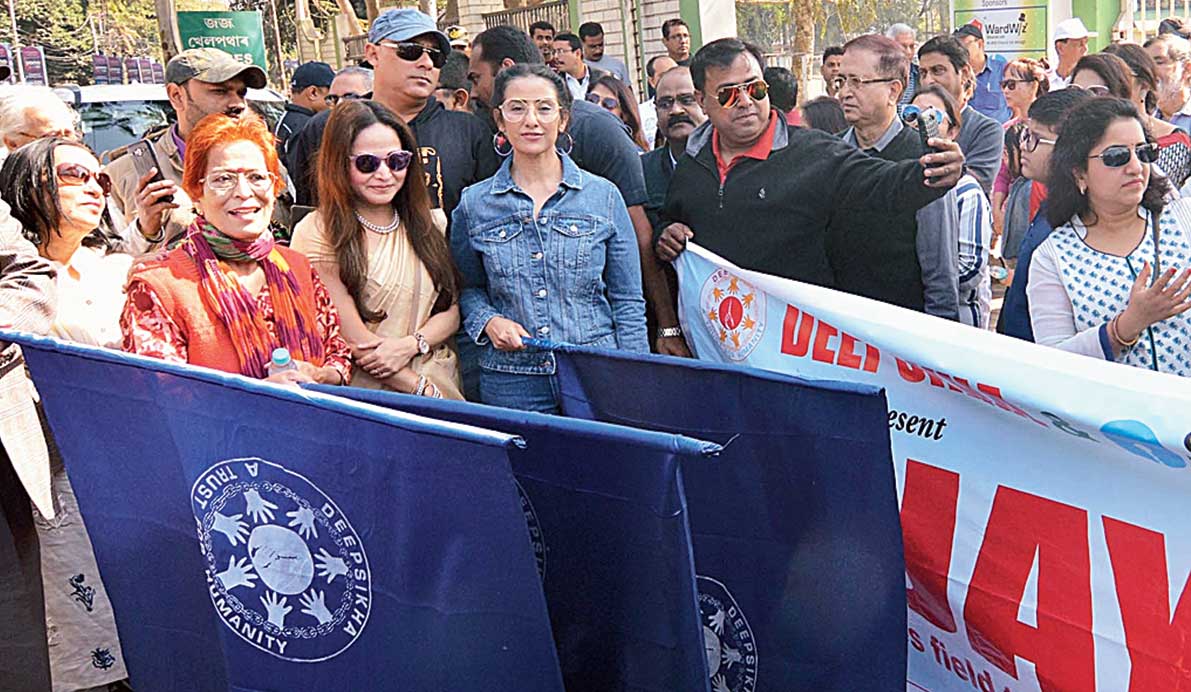 Manisha addressed the students of Cotton College who gathered in front of their institute, dressed in their finest traditional attire, for Saraswati Puja.

Manisha’s book, Healed, on her fight against cancer and struggle to return to healthy life was made available for sale at the college, the ongoing Brahmaputra Literary Festival and also at Tochi Raina’s concert at Deepsikha’s fundraiser Preetir Enajori on Saturday evening.

Proceeds from the book’s sale would go towards Deepsikha’s work for cancer care and awareness, the actress said. Manisha dedicated her book to the cancer patients of the Northeast at the Brahmaputra Literary Festival and participated in a discussion on her book and her personal struggle against the disease at the fest on Sunday evening.

The actress, who was diagnosed with ovarian cancer and underwent treatment in the US, emerged triumphant after a long and painful struggle.

Deepsikha runs a hospice for terminally-ill cancer patients at Mirza, a home for cancer-afflicted children at Six Mile here and conducts awareness camps in interior areas of the state and the region.

Two more facilities for cancer patients are coming up at Titabor town near Jorhat and Dibrugarh.

The organisation also operates seven properties for accommodation of cancer patients and their relatives in Mumbai, besides ambulance, transport, hearse services and a help desk at Tata Memorial hospital there. The organisation is funded by philanthropic individuals and companies.