The seminar was organised to mark silver jubilee celebration of Me-Dam-Me-Phi, the most important ancestor worship festival of Ahom community 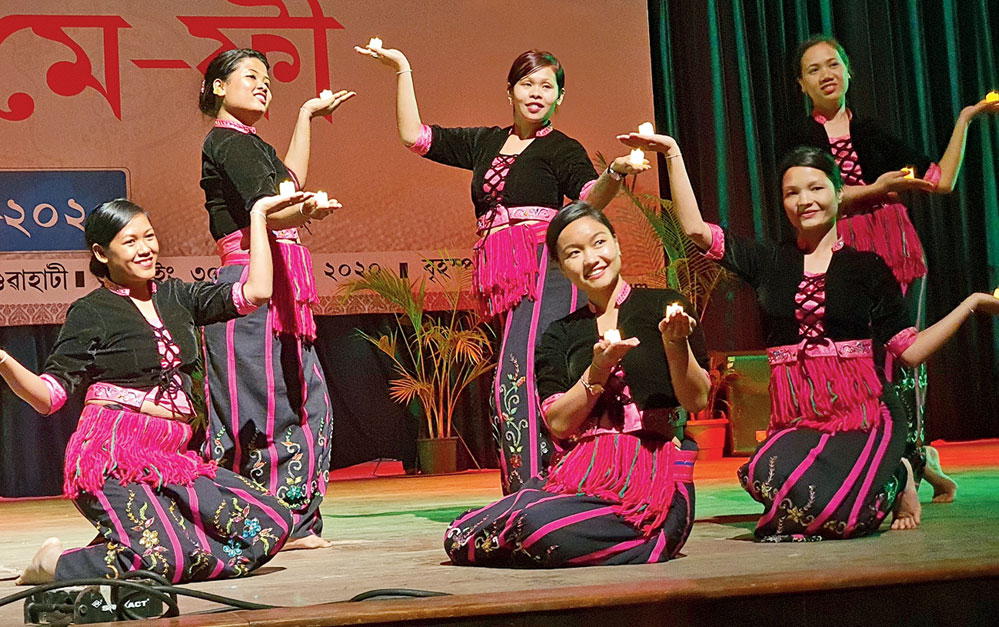 Arunachal Pradesh deputy chief minister Chowna Mein on Friday said the “Act East Policy would be a gamechanger for the Northeast vis-à-vis the Asean countries”.

Mein, who was addressing a seminar on the Role of Tai Community on the Act East Policy and their Impact on the Social, Cultural, Linguistic and Economic Corridor across the Border in Guwahati, said the Tai community can act as a bridge between India and Asean nations because of the cultural similarities, food habits and dialects/language it shares with the people across the borders.

The seminar was organised to mark the silver jubilee celebration of Me-Dam-Me-Phi, the most important ancestor worship festival of the Ahom community.

Addressing a large gathering, Mein said, “Cultural similarity between the people of Asean countries and the Northeast should become the fulcrum of our friendship and the bedrock of all our policies — both diplomatic and economic.”

He urged the Centre to consider re-opening the Stilwell Road till Kunming in China.

“The people living across the international boundaries of India and Myanmar have common cultural ties, and it would act as catalyst for cross-border trade,” he said.

The historic Stilwell Road or Ledo Road that was constructed during World War II starts from Ledo in Assam, passes through Pangsau Pass (Nampong) in Arunachal Pradesh till Kunming in China through Myanmar.

“The road will further deepen the age-old cultural linkage and help promote spiritual tourism,” he added.

Stating that Prime Minister Narendra Modi has put development of the Northeast at the heart of the Act East Policy which has greatly increased people-to-people contact, trade and other relations with Asean countries, Mein elaborated on the positional advantage of the region to become the new growth hub of trade, tourism and cultural exchange taking advantage of international boundary the states share with neighbouring countries.

He called for preservation and promotion of the ancient traditions of Me-Dam-Me-Phi.