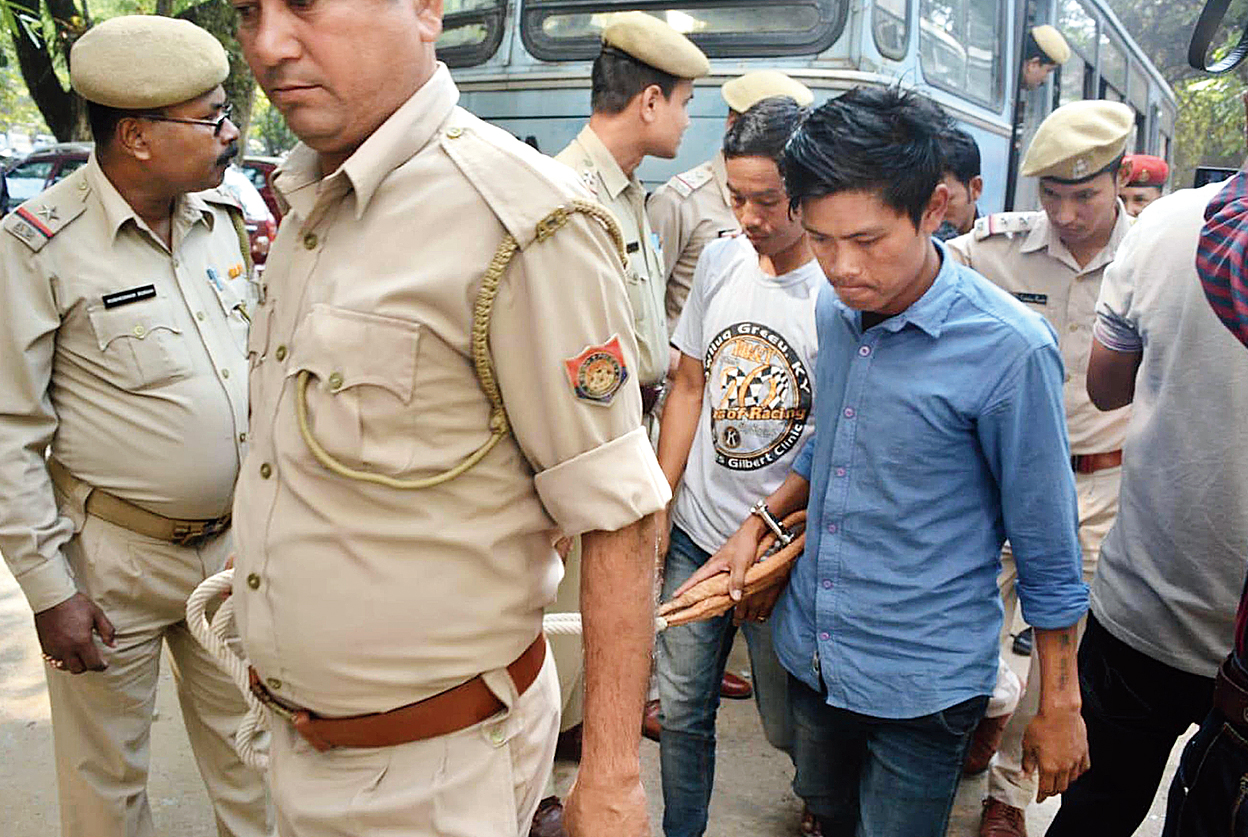 Arguments on the charges to be framed against 47 accused in the Karbi Anglong lynching case was completed at Nagaon district and sessions court on Thursday.

All the accused were produced before district and sessions judge, Nagaon, Rita Kar on Thursday.

Special public prosecutor of this case Ziaul Kamar argued that charges should be framed against all the accused under seven sections of the IPC. The charges pertain to Sections 302 (murder), 341 (wrongful restraint), 143 (unlawful assembly), 147 (rioting), 332 (voluntarily causing hurt to deter public servant from his duty), 186 (obstructing public servant in discharge of public functions) and 149 (unlawful assembly to achieve a common object).

Kamar argued in court that prima facie there is sufficient material/evidence for framing of charges against the accused persons under the IPC.

Nilotpal Das and Abhijit Nath of Guwahati were lynched at Dokmoka in Karbi Anglong district on June 8 on suspicion of being childlifters when they were returning from a picnic spot at Kangthilangso waterfall.

The video of the incident, which had immediately gone viral, triggered demands for a speedy trial and justice to the victims’ families.

The court will deliver its order on December 1.

The police had filed a chargesheet against 48 accused. As one of them is a juvenile, he will be tried by a Juvenile Justice Board. The police had cited 71 witnesses in the chargesheet which was filed in the court of the chief judicial magistrate at Diphu, the district headquarters of Karbi Anglong.

In September, Gauhati High Court ordered shifting of the trial from Karbi Anglong to the court of chief judicial magistrate, Nagaon, following the Assam government’s apprehension that witnesses may not be able to depose freely in Karbi Anglong.

The state government also informed the high court that certain quarters had been trying to create ethnic and communal tension over the issue.