A three-day tryst with the history of Assam tea 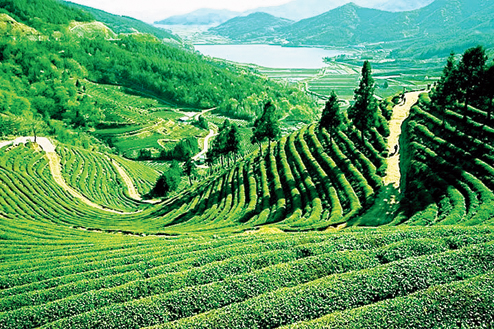 Jorhat, Oct. 24: A stay in a bungalow inside a lush green tea estate, a walk along the tea bushes, a look at tea tasting and processing in a factory and a peek into the ethnic culture of the tea tribes are what the organisers of the First Sivasagar Tea Tourism Festival are planning to offer visitors.

The festival is slated for the end of January.

Sivasagar deputy commissioner S.S. Meenakshi Sundaram, who is the chairman of the organising committee formed to hold the festival in the district, told The Telegraph that the administration has decided to organise the three-day festival in partnership with the Assam tea industry.

The deputy commissioner said the aim was to use Assam tea, which is a well-known brand across the globe, to promote tourism in general and tea tourism in particular, by organising the festival in about 10 well-known tea estates in the district.

Sundaram said the gardens would be selected in consultation with the tea industry as the said gardens should have proper accommodation, rich tea culture and should produce premium quality of tea from their factories.

He said the festival is also expected to promote the district as not only as tea tourism spot, but also as a hotspot for tourists having interest in historical monuments and sites.

Sundaram said tourists from abroad and within the country would get a chance to know about the different stages of making tea — from plucking green leaves to made tea — and the feel of garden life and ethnic culture of tea workers, comprising their songs, dance, dresses, food and handicrafts.

He said Assam tea would also benefit, as it would get a platform to highlight its products in the stalls in the exhibition fairs proposed.

“We are planning to organise the festival in last week of January as during that period, the flow of tourists is more to the state and people from the tea industry were relatively free as it is not the peak season,” Sundaram said.

The deputy commissioner said he has been in informal discussions with representatives of the tea industry for some time and has written to the various tea associations seeking their co-operation.

He said next week, a meeting is scheduled to be held between the administration and various tea associations to discuss the modalities, schedule and finalising of the dates of the festival.

He said visits to tea factories for tourists and participation in the process of making tea and handing over a packet of tea made during the process to a tourist, were some of the attractions planned.

Sundaram said the Assam tourism department and private tour operators will be involved to make the proposed festival successful by precipitation of tourists, especially those interested in tea culture.

Sundaram said that there was another idea to attract tourists — the making of tea memorabilia.

He said he was in touch with NIFT (Shillong) in this regard.

“Tea motifs and various aspects of culture in fabrics wall-hangings, table cloth, T-shirts and handbags could be brought out,” he said.

He said a short history on the tea industry of Assam, with special reference to Sivasagar district and its historical significance, would be brought out.

The secretary of the Tea Association of India (Assam Branch), J.N. Barua, said the plan was a positive one, but should be properly planned and implemented by involving the tea industry and tour operators to make it a success.