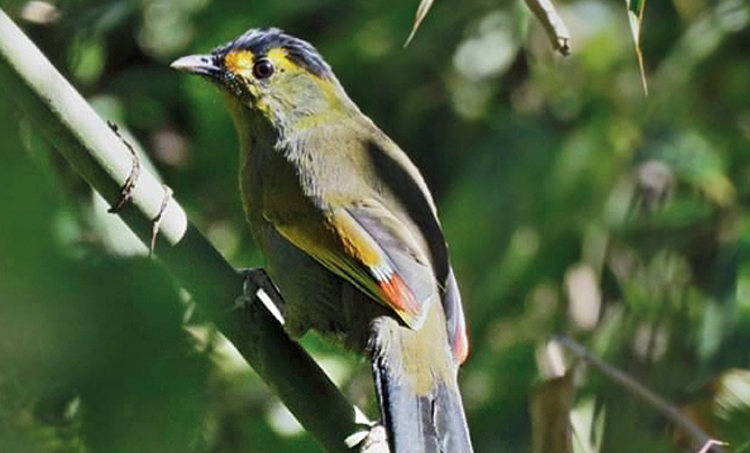 Their plumage may make things around brighter, but their future looks quite bleak.

Altogether 66 bird species in the Northeast are stated to be in the “high-conservation concern” category, according to a report, State of India's Birds 2020, released at the 13th Conference of Parties of the Convention on the conservation of migratory species of wild animals in New Delhi on Monday.

It was released by C.K. Mishra, the secretary, ministry of environment, forests and climate change.

This is the first comprehensive assessment of the distribution range, trends in abundance, and conservation status for most of the bird species in India.

Of the 66, 23 are in Arunachal Pradesh, 22 in Assam, seven in Manipur, three in Meghalaya, four in Mizoram, five in Nagaland and two in Tripura.

The report is the culmination of a collaboration between 10 research and conservation organisations, spanning both government and non-government institutions.

“With their ubiquity and ecological importance, birds are excellent indicators of the state of our natural world and are potent cultural symbols of nature. This national-level assessment of birds is a significant step forward in the monitoring and conservation of India’s rich and varied biodiversity,” the report said.

The report says little is known about the swamp grass babbler, which is restricted to grasslands in the Brahmaputra floodplains. The chestnut-backed laughing thrush, endemic to the Indo-Myanmar lowland forests, is only known within India from the Dehing Patkai forests in eastern Assam. “Conservation of these last remaining lowland rainforests in the Northeast is key to the survival of this species,” it said.

The Naga wren babbler is one of many range-restricted wren babblers found here. The Indian olive bulbul is found only in the forests adjoining Bangladesh in Tripura, southern Assam, western Mizoram and Manipur, and southern Meghalaya.