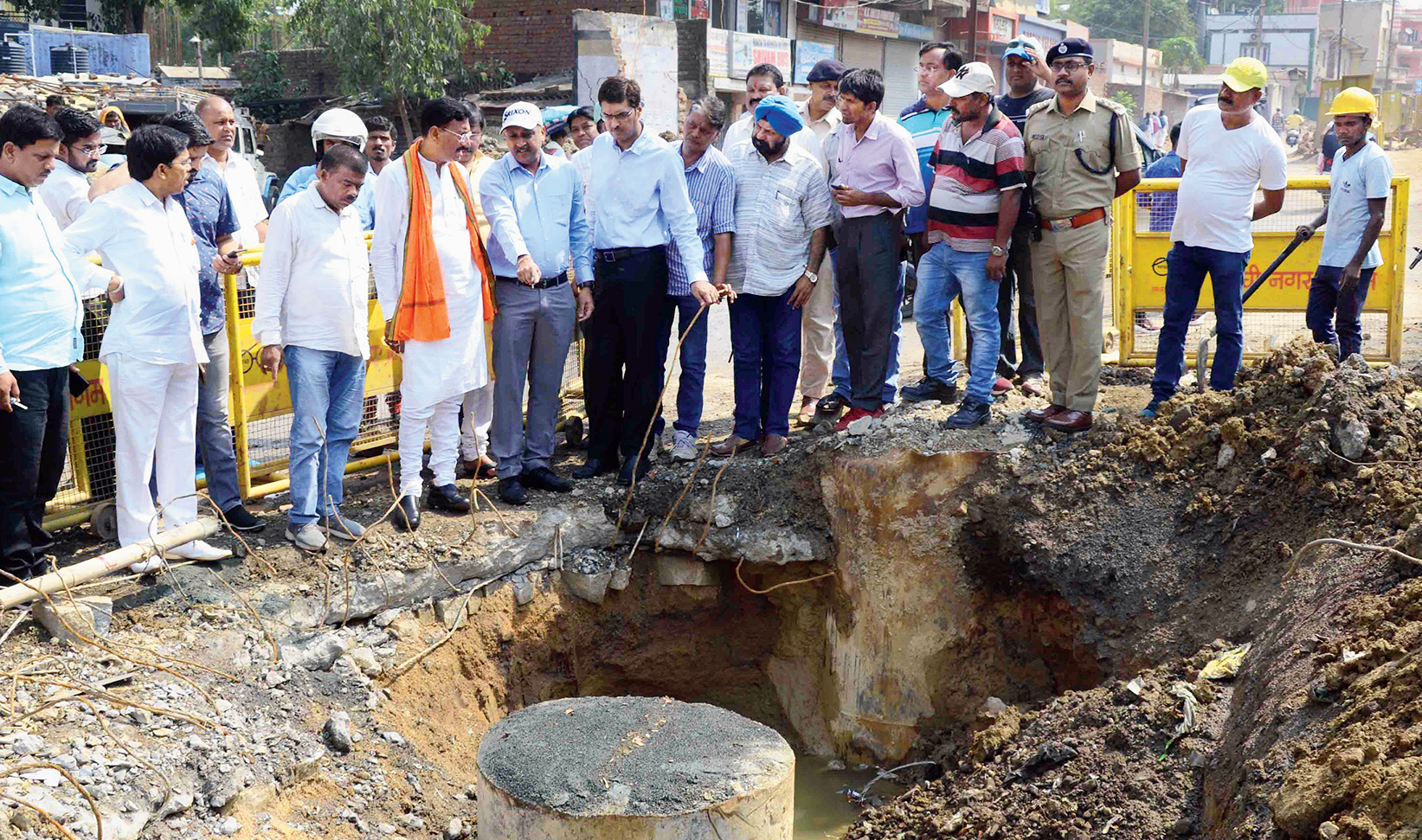 With a two-year official deadline from April 2017, Ranchi’s first flyover — a 1,250-metre structure spanning Kanta Toli’s busiest stretch, YMCA, to Shantinagar in Kokar on Old HB Road — was supposed to be ready by April this year.

Only 15 per cent of the work has been completed, a Juidco source told The Telegraph on Monday under cover of anonymity.

Visiting the construction site for the first time as BJP MP, with police officers and mediapersons in tow, Seth expressed disappointment at the pace of work.

“Work on the project officially started two years ago. Two years is more than sufficient to complete a flyover but so far I do not see any remarkable progress. Kindly ensure the project gets completed positively by 2020-end at any cost,” Seth told Juidco officials, including general manager Ashok Kumar and project manager Prayush Kumar.

Seth advised the Juidco team to set small deadlines for each part of the project to reach the bigger goal.

Shift all pipelines within three weeks,” Seth was heard instructing the team.

Juidco general manager Ashok Kumar cited land acquisition, local protests and the monsoon as reasons behind the delay in construction. “But we have already started work and expect it to be completed within a year,” he added.

Deputy project manager Prayush Kumar requested the MP to help them clear any hurdles that might come up. Seth assured them of every possible cooperation.

The Juidco source who did not want to be named said delays had dogged the project from the very start.

“Officially work was supposed to start from April 2017, six months before its foundation stone was laid by President Ram Nath Kovind on November 15, 2017, but actual work on the ground started in July 2018,” the source said.

“The tender process took time. When Modi Construction Company, which bagged the tender, went on the ground to start work, it faced local resistance to demolition of existing structures, most of which were encroachments.

Protests continued for some time, then the monsoon started and work slowed down,” he said.

“When you are building a structure in the city on 3.9 acres of private land and only 0.12 acres of government land, residents’ cooperation or — lack of it — plays a vital role in how smoothly the project shapes up,” the source added.