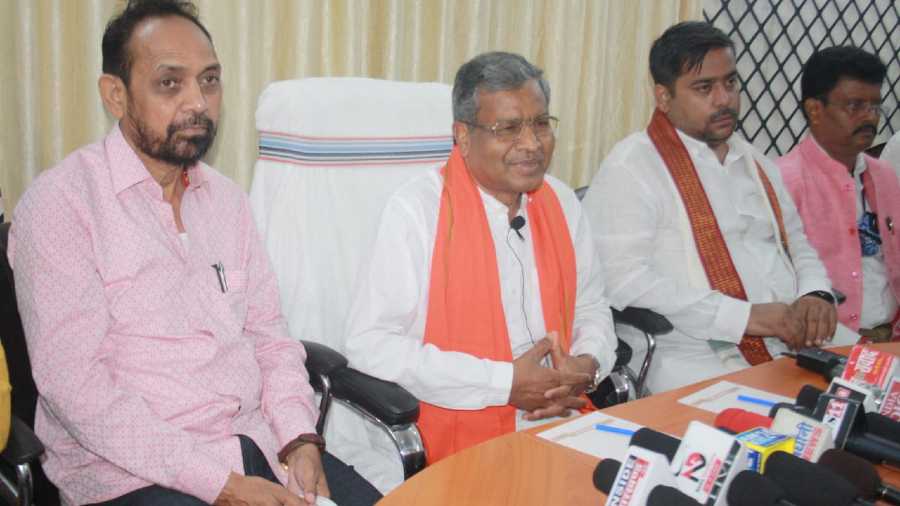 Senior BJP leader Babulal Marandi on Tuesday said the law and order situation in Jharkhand had collapsed and that the Hemant Soren government was a total failure.

Addressing the media at Circuit House, Marandi said women, particularly adivasis and dalits, were frightened since they were falling victim to crime almost every day.

"Women are frightened and are becoming victims of rape and murder almost every day. The state government has failed to control the rising crime graph in Jharkhand. It’s a total failure on part of the government,” the leader of the Opposition in the state Assembly stated.

Criticising the state government, Marandi termed the allotment of a room for namaz in the legislative Assembly unconstitutional. "We will continue to protest against this issue in a constitutional manner," he said and called upon party workers to work together and get ready for the next assembly polls.

On the issue of the leader of Opposition not being recognised by the Speaker, he alleged the  chief minister and his father (Shibu Soren) do not want any adivasi leader to make progress. “This is the reason why they are stopping me. If they (Hemant and Shibu) will, they can make Basant Soren and Sita Soren ministers and no one else,” Marandi said.

Marandi on Monday attended a conference of scheduled caste and tribe.in the steel city.