With new fines, axe on licence in Ranchi 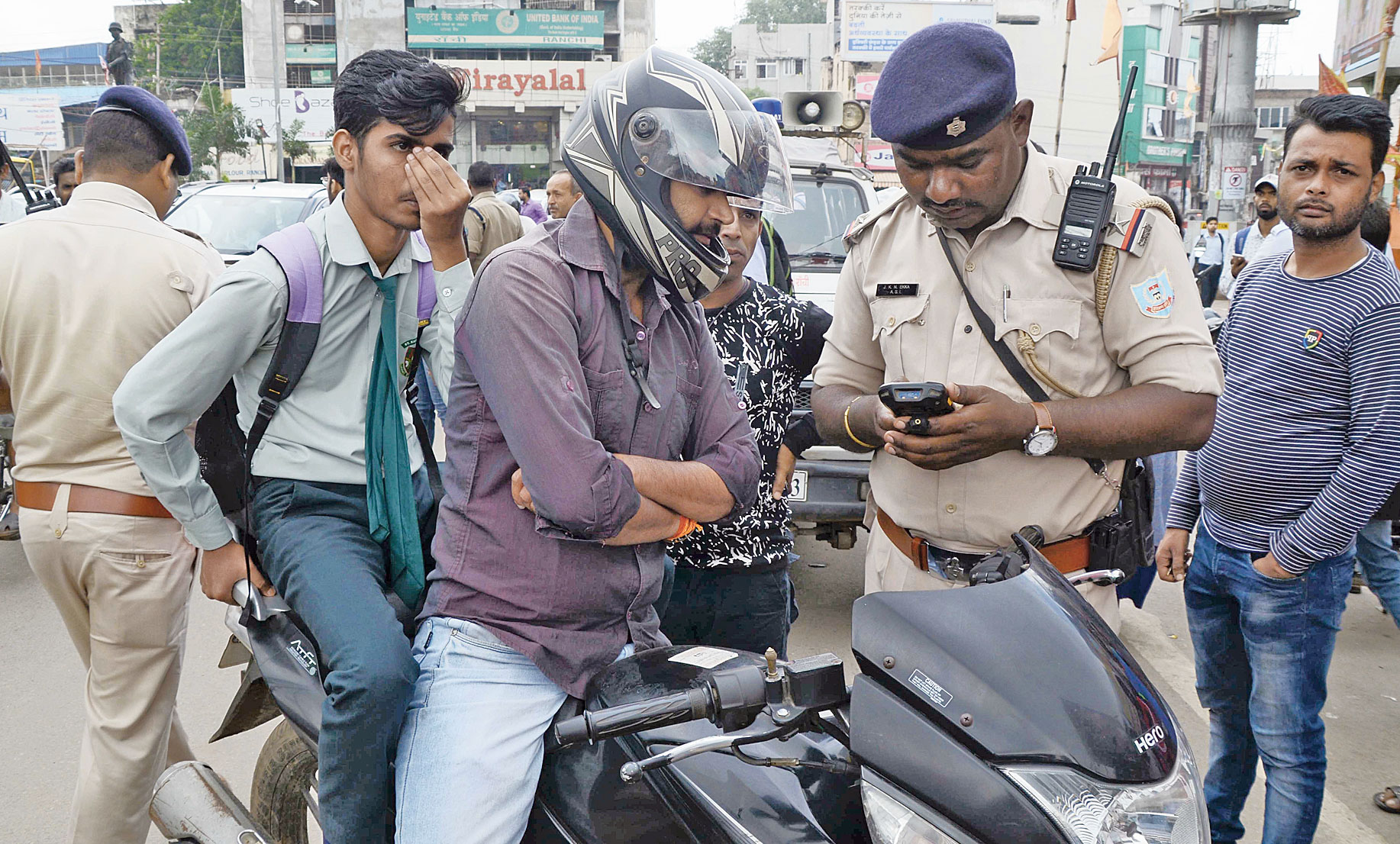 If steep fines for traffic violations are not enough, the Motor Vehicles (Amendment) Act 2019 also permits the suspension of a first offender’s licence for a period of three months, if the transport department deems fit.

Ranchi traffic police department on Thursday shot off a letter to the Ranchi district transport department, recommending the driving licences of as many as 203 people be suspended for three months. These traffic offenders were all caught and fined for violating various traffic rules, including not wearing helmets, under the amended motor vehicles Act from the evening of September 3, when it was enforced in the capital.

However, now the district transport department has to take a final call on the suspension of the licences. Offenders can approach the department, pleading against their licence suspension by promising they would not violate traffic rules in future.

Asked about this double jeopardy, Ranchi traffic superintendent of police Ajit Peter Dungdung explained: “The amended Act, in section 19, has the suspension provision. Now, fine and suspension of licence can go hand in hand. The person whose licence has been suspended will have to also undergo a driver’s refresher training course.”

The traffic SP added that they had prepared a list of people caught violating traffic laws from the evening of September 3 to Wednesday night.

Offenders are being fined for traffic rule violations such as jumping traffic light, driving without helmets, lacking insurance papers or pollution certificate, riding a two-wheeler with two or more pillion-riders, overloading, driving in defiance of one-way or without wearing a seat belt, among others.

A plainclothes policeman who attempted to fine a biker without a helmet on Thursday morning near Mausi Bari roundabout under the Sector II outpost of Jagannathpur police station was subjected to the youth’s anger. In-charge of Sector II outpost Kaushal Kishore Thakur, in regular clothes, chased the bike and stopped the rider. The youth did not realise Thakur was a policeman and asked why he was being accosted. When Thakur said he was a cop, the youth said why a cop without uniform or helmet could harass a commuter without a helmet. As Thakur and the youth lost their cool, the driver of a passing car stopped and apparently asked why he (Thakur) was being so rude. An enraged Thakur allegedly took the man’s ignition key. A crowd assembled on the spot. Finally, Hatia DSP Prabhat Ranjan Barwar had to intervene. The DSP said he started a probe on why the issue took such a serious turn.

Transport commissioner Praveen Kumar Toppo on Thursday wrote to all traffic SPs DTOs and DSPs asking them to sensitise officials to follow traffic rules as in case they violate any rule, penalty would be double for them.