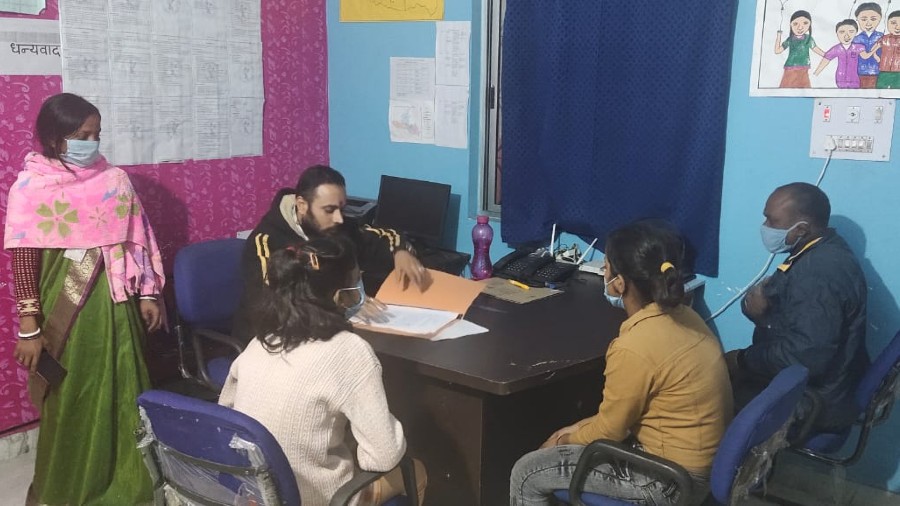 With the help of Giridhi MP Chandraprakash Choudhary, the victims were handed over to Rajrappa police.
The Telegraph
Manoj Sinha   |   Ramgarh   |   Published 10.01.21, 11:38 PM

Two teenage girls, brought to Rajrappa from Patna in a Scorpio by suspected flesh traders, managed to escape from their clutches, the police said on Sunday.

According to the police, both the girls are residents of Patna’s Pirbahore area. They were held hostage by a couple in a hotel room. With the help of Giridhi MP Chandraprakash Choudhary, the victims were handed over to Rajrappa police. Later, a team from the District Child Welfare Committee and Child Help Line took them away.

Akash Sharma, a member of the child welfare committee, and DSP Prakash Soy reached the hotel at Kesari Kunj on Sunday to investigate the matter. While interrogating the hotel staff, Soy came to know that the hotel manager had provided a room to the culprits without taking their ID proofs.

The police said that the victims went through a medical examination at Sadar hospital in Ramgarh. At present, both of them are being interrogated by the police. The victims maintained that they had been abducted on the pretext of helping them get jobs. They also said that the abductors were even planning to send them to Kolkata. The police are now suspecting a gang which is active in Patna, Ranchi, Kolkata and Mumbai.

Girls said the women, whose name is Priyanka, had forced them to establish physical relations with a man. The girls were even beaten up when they had refused to follow her orders. On Saturday evening, they somehow managed to escape from the hotel and reached a nearby shop. When the girls were asking about the transport facility to Patna, a man, who was standing nearby, took them to Giridhi MP’s residence.

Soy said, “We are interrogating the victims to get more information about the gang. We will soon resolve the case. An FIR will be lodged at Mahila police station.”