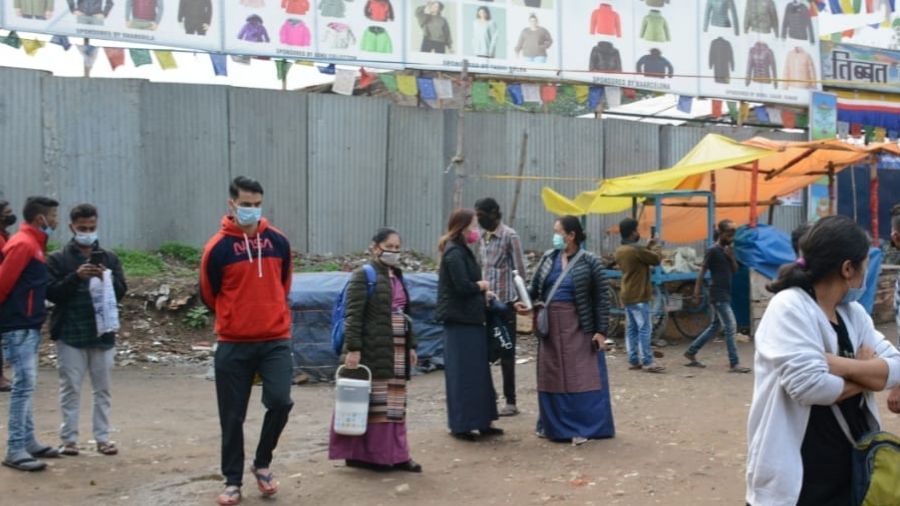 The steel city's familiar Tibet Market, a hub of woollen garments at Golmuri, was shut and declared a containment zone on Thursday afternoon after around 80 shop owners tested positive for Covid - 19.

RT- PCR test of all shop owners were conducted by the East Singhbhum district health department on January 7. A health department surveillance team, headed by Pulak Mandal and accompanied by a district magistrate, reached the market after the test reports arrived and declared it a containment zone after sealing it.

RT- PCR test reports are normally available within three days,. But in this case the reports were delayed by two days. A health department  official said they are keeping a watch on the situation.

"All the 80-odd shop owners, including men and women who usually hail from Tibet and various north- eastern states, have been kept in isolation. We have made arrangements for rushing the serious cases, or those who require oxygen support, to local Covid hospitals, " said a health department official. He said most shop owners were double vaccinated.

East Singhbhum district recorded 1,280 fresh cases of Covid -19 and three deaths on Wednesday. It was the district's highest spike in a day since the pandemic broke out in March- 2020. On Tuesday, January 11, Jamshedpur recorded 1,160 fresh Covid cases and four deaths. Telco locality of the Steel City turned out to be a hotspot on Wednesday after it reported 226 fresh infections.

Health department officials said the market would be allowed to reopen after all the shopkeepers tested negative.