Special trains to be cancelled due to poor occupancy

No Howrah-Ranchi Shatabdi service from Friday 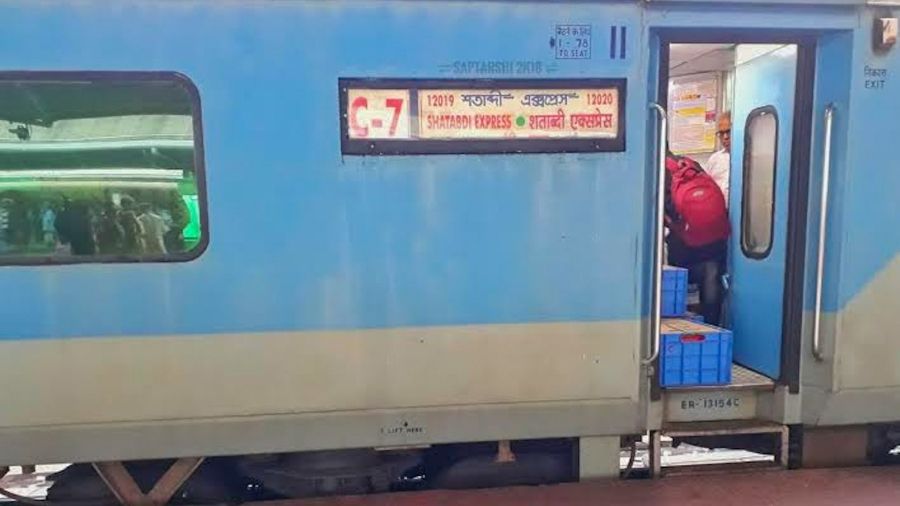 Amid the surge in Covid-19 cases, South Eastern Railway ( SER) has decided to discontinue several special trains, including the Howrah-Ranchi Shatabdi Special Express, due to low occupancy and other operational constraints.

The 02019/02020 Howrah-Ranchi-Shatabdi Special will remain cancelled from May 7 till further orders.

Railway authorities at Garden Reach, the Calcutta-based headquarters of South Eastern Railway, said the decision to cancel the train was taken as the occupancy had dropped drastically due to Covid fears.

"People have restricted travel owing to a surge in Covid cases resulting in 60 per cent fall in the sale of tickets. Therefore, a decision was taken to discontinue the train," said an official at SER's commercial section.

The 03511/03512 Tatanagar-Asansol-Special train will also remain cancelled from Tuesday, May 4 due to poor occupancy, which has resulted in a drop of 50 per cent.

The South Eastern Railway also notified the cancellation of the 03501/03502 Haldia-Asansol-Special train. The train will be discontinued from May 7.

The 03505/03506 Digha-Asansol- Special will also remain cancelled from May 9, till further notification.

Railway sources said that the footfall of passengers at Ranchi, Tatanagar and other stations had witnessed a drastic fall during the past few days. "Owing to low occupancy more special trains under SER jurisdiction are likely to be cancelled in the days to come, " said a railway official, adding that they were also facing operational constraints and manpower crunch as many railway employees under the SER zone had tested positive for Covid.