Roy dare to Shah on loss, Das on cash

BJP veteran Roy, denied ticket by the party, trounced the incumbent CM Raghubar Das as an Independent by over 15,800 votes 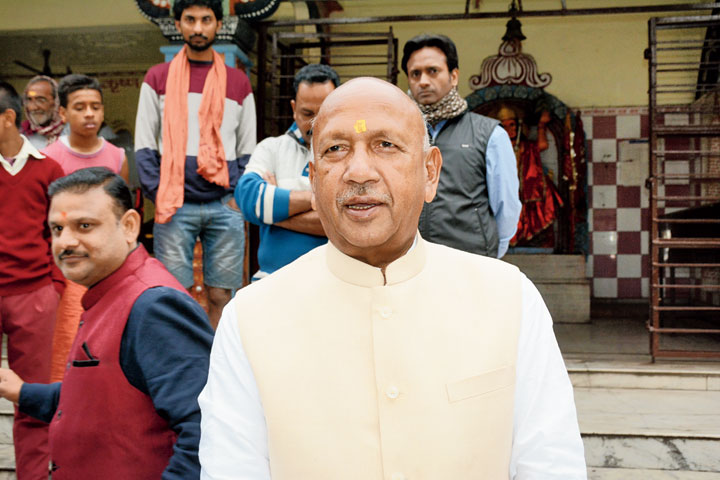 Jamshedpur East MLA Saryu Roy wants BJP national president Amit Shah to explain the reasons behind the party’s big defeat in the Jharkhand Assembly elections and the outgoing CM Raghubar Das to give an account of the state’s fiscal status under his rule and say why the “government coffers are empty”.

The BJP, which had set a target of 65-plus seats, could win only 25. BJP veteran Roy, denied a ticket by the party, trounced the incumbent CM from Das’s home turf Jamshedpur East as an Independent by over 15,800 votes.

Roy said over phone from Varanasi on Saturday that the BJP chief should explain the reasons behind the party’s poor show “for the sake of party workers and support base”.

“No, I am not interested in a blame game,” Roy said. “But I believe dedicated party workers should know the reasons for the defeat.”

Das, Roy said, should also explain in detail the current fiscal position of the government.

“Das should reveal the quantum of funds the state had received from the Centre during his tenure as CM and how much money his government had taken from financial institutions as loan or credit. He should reveal how much revenue the state government earned from tax and non-tax sources between 2015 and 2019,” Roy said. “The accounts are necessary as the exchequer is currently almost empty and there is no fund to even pay government employees.”

Roy is expected to return to Ranchi on Sunday to take part in the swearing-in of Hemant Soren as chief minister.

A source close to the Jamshedpur East MLA claimed that Shah had on Thursday night called up Roy and offered him the post of the leader of Opposition in the Assembly. “He (Shah) offered Saryuji the post of the BJP state party president, something he rejected outright,” the aide claimed.

Ranchi: Union minister Giriraj Singh, not known as someone shy of controversies, on Saturday ducked questions on the BJP’s performance in Jharkhand. “We believe in democracy and respect the mandate. Best wishes to the new government. We have told our officials to cooperate fully with the government,” Singh said.