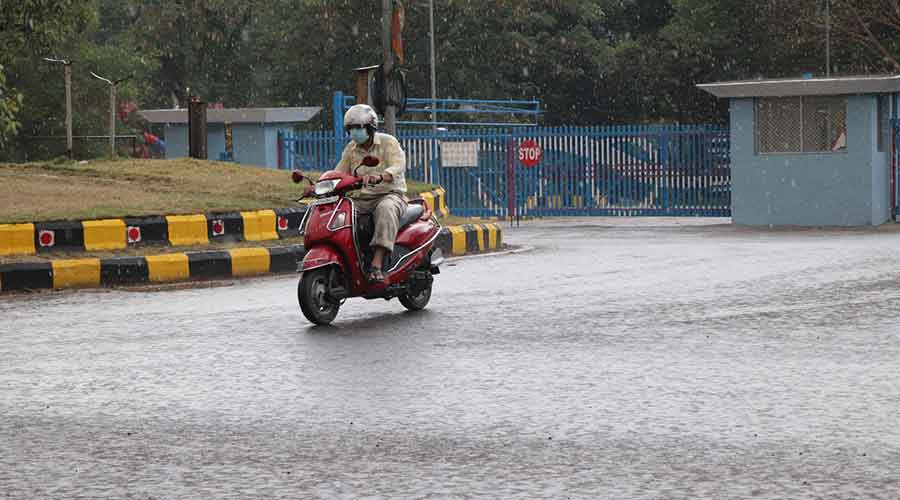 Several parts of Jharkhand, including Jamshedpur and Ranchi, witnessed thunderstorm, lightning and rain due to the impact of a cyclonic circulation and a low-pressure trough on Sunday.

Chaibasa in West Singhbhum, Gumla, Simdega and Khunti were among the places that experienced thunderstorms and lightning. Elsewhere, say, in Bokaro and Ramgarh, the sky was partly cloudy and there were light showers accompanied by gusty winds.

The steel city, along with several other places in southern and central Jharkhand, witnessed sudden strong winds on Sunday afternoon which blew at a speed of 30kmph.

According to Ranchi Met office deputy director Abhishek Anand, light rain or thunderstorms are expected in isolated pockets, especially in  central, north-east and southern Jharkhand, in another 24 hours due to the impact of the cyclonic circulation.

He also hinted at gradual rise in maximum readings after the next 24 hours.

A senior weather analyst at Patna Met Centre said the cyclonic circulation  over  Uttar Pradesh  was resulting in heavy moisture incursion into the atmosphere from Bay of Bengal which resulted in rise in humidity level in most parts of the state.