Doctors say move will help once immunisation is opened to all, want bugs fixed in website 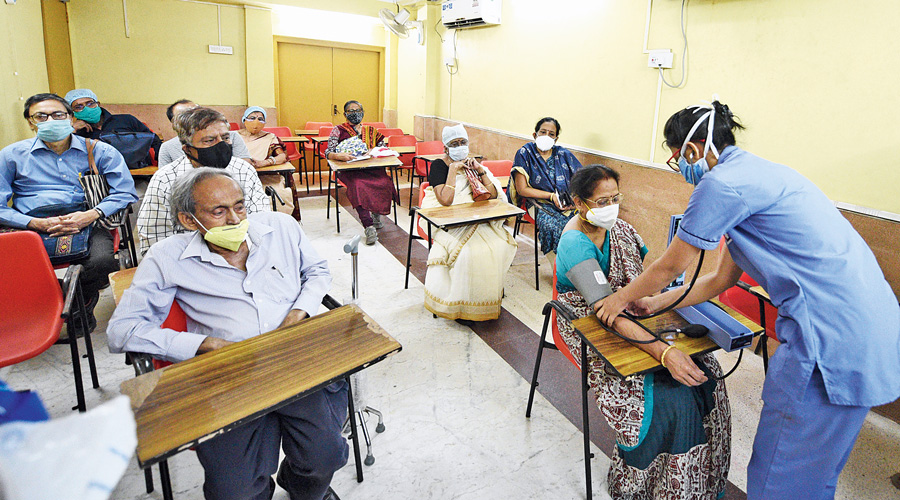 As of now, only eight of the over 450 private hospitals empaneled for the immunization programme have started vaccinating beneficiaries against the Covid-19 virus.
File picture
Our Correspondent   |   Ranchi   |   Published 06.03.21, 05:50 PM

The Jharkhand government has allowed private hospitals in the state to provide vaccination facility 24x7 if they get sufficient number of registrations and have the infrastructure to run the campaign, officials heading the immunization programme in the state said on Saturday.

“A letter has been issued to all private hospitals stating that they can administer vaccines to senior citizens and middle-agers with comorbid conditions 24x7 if they get sufficient registrations,” said the state immunization Officer, Dr Ajit Prasad. “The decision has been taken to speed up the vaccination process in the state and ensure that registered beneficiaries can get the jab at any time depending on their convenience,” he added.

As of now, only eight of the over 450 private hospitals empaneled for the immunization programme have started vaccinating beneficiaries against the Covid-19 virus. Private hospitals, as per government’s latest decision, cannot charge more than Rs 250 for each dose of the vaccine. The vaccine jabs are, however, provided free of cost at government healthcare centres.

In Ranchi, only two private hospitals – Raj Hospital and Bhagwan Mahavir Medica Superspecialty Hospital – have started vaccinating senior citizens and people above the age of 45 years who suffer from comorbid conditions since March 1. These two hospitals have so far inoculated more than 1,500 people, hospital authorities said.

However, owners of private hospitals in the state feel that running a vaccination programme 24x7 would help only once vaccination is made open for everyone. Yogesh Gambhir, the president of the Association of Healthcare Providers India (AHPI) and owner of Raj Hospital, said that senior citizens were unlikely to visit hospitals late in the night for vaccination and, therefore, the move may not help to a great extent.