Extortion and murder charges against 14 arrested 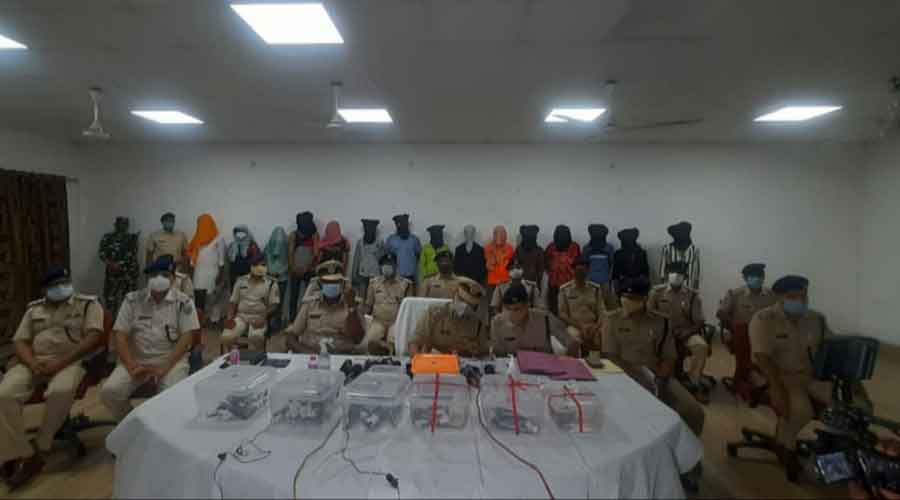 In a major breakthrough, the city police busted a criminal racket and arrested 14 people from different police station areas on Saturday.

While making the arrests, the police seized as many as 22 firearms, 76 live cartridges, one car, two scooters and 11 cell phones.

The arrested criminals are members of the notorious Amarnaath Singh gang. The gang is synonymous with murder, dacoity, extortion and other crimes in and around the steel city.

"On April 5, some criminals had shot at and injured a scrap-iron dealer Moti Chand at Ulidih thana area of Mango. Ever since that incident, the police were trying to detect the case. Incidentally, the police got a tip off that a gang of criminals was hatching a conspiracy to commit some crime by assembling at a place in Gadra under Parsudih thana on Friday night. Acting on the tip off, a police party raided the place and arrested eight criminals. It was after these arrests were made that the police interrogated those arrested and made further arrests in Govindpur and Mango during which a total 14 criminals were arrested, " said Senior SP, M.Tamil Vanan.

Vanan said the arrested criminals did not only shoot at the scrap-iron dealer for extortion, but also murdered a 30-year-old youth, Anil Jena in Jadugora on March 20, 2021 and Bablu Sharma at Sidhgora market on March 26, 2021.