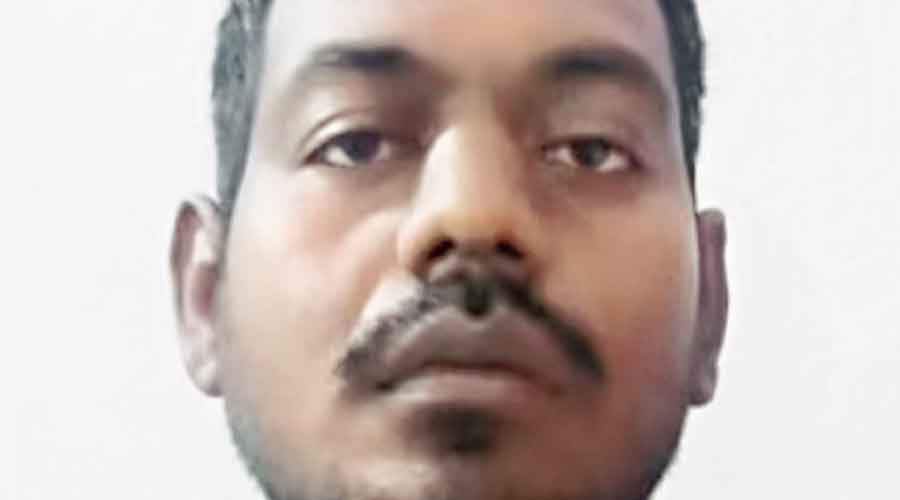 Ganjhu was arrested from a locality in the Lawalong thana area of the Chatra district.

According to state police spokesperson and IG operations A.V. Homkar, more than 45 cases were registered against the  Maoist, who was involved in killing of 30 policemen in different areas of Jharkhand and Bihar and carried a reward of Rs 15 lakh.

Chatra SP Rakesh Ranjan told The Telegraph that the police acted on tip-off that the Maoist was in the Lawalong thana area and was trying to extort opium traders in that region.

“We got information that he was in Lawalong area and we had four separate teams which searched the area with help of our informers and found him from one of his hideouts in Barwadih in Lawalong with Rs 1.5 lakh cash in his possession. We could not find any of his accomplice during the time of arrest and despite searching could not find any weapons from the hideout,” the Chatra superintendent of police said.

However, police sources revealed that the 45-year-old Ganjhu had been sidelined by the CPI-Maoist regional committee after being accused of molestation of a tribal woman a few months ago.

“Since then, he had switched into opium trade and used to extort and threaten other opium traders in the region. This is the reason why no Maoist was accompanying him on Wednesday late night and there was no weapons or Maoist literature found from his possession as is usual for a Maoist of his stature,” said a senior police personnel who was involved in the raid.

Ganjhu was a resident of Dungikocha under Sadar Police station area of Chatra.

However, SP said that the Maoist was in the area to motivate youths to join Maoist outfits and had been sent to strengthen the organisation in the area.

Police claimed that Ganjhu was active in the Maoist organisation for more than two decades and had been involved in terror activities at Chatra, Latehar districts of Jharkhand and in neighbouring Gaya and Aurangabad districts of Bihar.

Budhu Nagesia, a villager of Judwani village in Kasmar block of Bishunpur area of Gumla district, died when an IED bomb planted by Maoists exploded on Wednesday while he had gone to graze his cattle. The IED was planted  for cover against combing operation of the  security personnel.